Acupuncture Chronicles I: Do We Have the Ki? 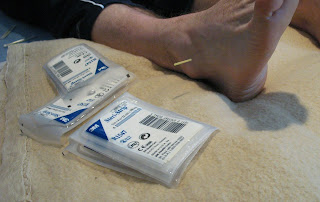 Western doctors can be such arrogant, contemptuous, condescending, judgmental snobs about medical practices in other cultures. It must be the Cartesian mindset. We worship empirical evidence and scoff at concepts that don't rely on observable, measurable phenomena.
I guess I can't really blame us. Reliance on evidence gives us security, a means of holding practitioners accountable for their work, and a solid foundation for our expectations of efficacy and safety. But it also deprives us of millennia of the rich lessons offered by non-Cartesian ways of thinking about the body and the world.
I get annoyed when I see rationalists speak or write in superior, sometimes fundamentalist tones in their polemics against "alternative medicine." Don't get me wrong - I am very much anti-quackery and very much for being educated, careful, and thoughtful about choosing therapies - but I think being categorically dismissive about ancient or foreign healing traditions is both short-sighted and disrespectful. (Of course, I also particpate in liturgy and see value in reading and talking about poetry, so what do I know, right?)
When the anesthesia literature had to start recognizing significant benefits from certain acupuncture techniques, I have to confess I fantasized about standing in front of a roomful of grey-haired white men in white coats and saying "Ha! How d'ya like THEM apples, hm?!"
I used an acupressure technique just yesterday, for a woman whose nausea persisted despite the administration of several different medicines. One of the recovery room nurses called me and asked about trying yet another drug, but it was one I wouldn't have recommended in that particular situation, so after ascertaining what she had already tried, I said, "Give her another five milligrams of drug A and a dose of drug B and I'll be right over to do some P6 acupressure."
When I arrived at the bedside I attached an EKG pad with the little metal nubbin against a spot on the forearm close to the patient's wrist and secured it with a pressure dressing. Half an hour later I was going to call the recovery room to see how the patient was doing when the nurses wheeled her right by me as they were bringing her up to her room. Was it the additional IV meds (which hadn't done a thing for her previously) or the P6 pressure, or a combination of the two? Hard to say, but the nurses were pleased, I was pleased, and most importantly, the patient was relieved and happy. I have other stories about the use of acupuncture/acupressure in anesthetic practice but they will have to wait for another "edition" of Acupuncture Chronicles.
Anesthesiologists are interested in acupuncture and acupressure because of their recognized potential for efficacy against certain pain states and against nausea. The conference I attended in Vermont over the weekend offered a special workshop on acupuncture which was attended to capacity. I was struck by how, in the various discussions on the mechanisms by which acupuncture provides relief, people kept trying to find Western explanations: neurochemical transmission, embryologic connections, cell signalling / second messengers, and microscopic connective tissue changes. I had a nagging thought throughout all the lectures and conversations: could we be "missing the boat" trying to force neurophysiology and biochemistry, very matter-oriented mechanisms, on something that has for thousands of years been explained as an energy-oriented healing method? Will our understanding always be incomplete because we just cannot, will not believe in Chi (or Qi, or, in Japan, Ki), the "life-force" coursing through the meridians along which acupuncture needles are placed?
The National Council Against Health Fraud articulates a fairly commonplace attitude to the concept of Chi, and to acupuncture in general, in its position paper, revealing not only skepticism but also some real disdain for any understanding that departs from the wisdom of modern medicine: "The life force, Ch'i, has no basis in human physiology. The meridians are imaginary; their locations do not relate to internal organs, and therefore do not relate to human anatomy. Acupuncture points are also imaginary. (Various acupuncture charts give different locations for the points.) These fanciful concepts continue to form the basis of modern acupuncture therapy even though extremely sophisticated methods are used to measure its reputed biochemical effects." (Emphasis mine.)
I believe it's possible that not all healing mechanisms rely entirely on matter: molecules, receptors, ion channels, and the like. Even "modern" physics supports the interchangeability of matter and energy: light is a wave as well as a particle. For all we know Chi not only exists but also can be crucial to our health. We can't see it, touch it, or run it on a gel, so of course it must be a load of superstitious hogwash, right? One of the key speakers at the Vermont seminar did concede that even if we could really grasp and accept the concept of Chi, there had to be some interface with the physiology we know and understand that would satisfy our hunger for tangible mechanisms. I agree, I think the truth may lie in both worlds together (yin and yang in balance, anyone?). I don't think medical doctors should cling so obstinately to their mental models of health and pathology as the absolute truth, and I for one am happy to see my field opening up to possibilities that just might do our patients some significant good. 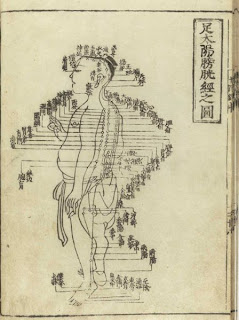 A number of years ago, while in Paris, I started to get daily splitting headaches. I went to a doctor—easy and cheap in the French system, even for a foreigner—who checked me out for things like brain tumors, then advised aspirin for the pain. Back in Boston, my Harvard physician did the same tests, then advised Tylenol for the pain. Neither had done anything to address the source of the pain. A Chinese/Japanese friend then brought me down to an acupuncturist in Boston's Chinatown. After about four treatments, my headaches had disappeared, never to return. Anyone want to draw conclusions about the superiority of Western medicine?

Boy, do I wish there were more doctors like you!

The paper from the National Council Against Health Fraud seems to confuse imaginary and invisible. Lots of important things and forces are invisible, or invisible at least until we find a tool to see or measure them (atoms, forces within atoms, air, gravity, sound, patterns). Their invisibility doesn't make them imaginary or less powerful.

Thanks for your thoughtful, interesting blog, Julie.

Your writing is poetry. I thoroughly enjoy your blog, and this post in particular. The thing about yin and yang, is they can't stay apart--one always engenders the other. Such is what's happening as East meets West in the world of medicine. You're right about the many closed minds out there, but there are also many open ones--your's is a delightful case in point. Thank you! My name is Julie and I blog about acupuncture at www.fiveminds.wordpress.com

Thanks, everyone, for your supportive comments!

And Julie - I'm so glad you let me know about your lovely blog. I've enjoyed the acupuncture AND cooking posts! Thank you for those, and for your kind words.

Hi T! Your timing could not get any better! I have my first acupuncture treatment in two hours! : )

Ooooooooh!!!! Anali! Please tell us how it goes!

I did it! I don't know how many needles were in me, but I really only felt three of them. My acupuncturist, I'll call her C, is wonderful and I feel like we are very much on the same wavelength. C moved two of the needles slightly and then I didn't feel them anymore. The third she took out, because the area was too tender.

It was more relaxing than anything. I felt that same buzz of energy circling in my body that I feel after I do yoga. Something was definitely happening. I'll probably write a post about it in the next few weeks. I'll be going for weekly treatments for the next 3-4 weeks.

Anali, that's great! I've heard that from so many people - that acupuncture is really RELAAAAAAAAXING. I'm glad for you and am looking forward to reading your post!

Thanks For infomation, you can also try bristol acupuncture