The Boston-Manila Connection: a historical tidbit 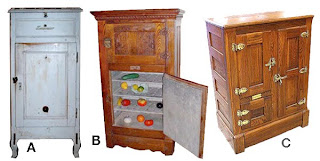 When I read Jose Rizal's classic Noli Me Tangere I was surprised to see mention of ice cream - in fact, a cameo by an ice cream vendor, or sorbetero - in a story set (and written) in colonial times, and in the tropics.

This week I learned that chilled desserts were indeed possible in nineteenth-century Manila thanks to The Ice King. The Ice King was Frederic Tudor, whose Tudor Ice Company harvested ice from Walden Pond in Concord, Fresh Pond in Cambridge (a stone's throw from my home in the U.S.), and Spy Pond in Arlington, Massachusetts and exported it to such faraway ports as Havana, Kingston, Rio de Janeiro, Calcutta, Singapore, and yes, Manila.

The year the business started, 1806, 130 tons of ice were exported; by its peak in the 1850's, the number was 146,000 tons. At the height of the ice trade each shipment amounted to about 180 tons which would melt down by 50% by the time it reached the Far East and to as low as 40 tons on arrival in India, three to four months after leaving Boston Harbor. The business was profitable nonetheless.

I love the names of some of the ships involved in the ice trade: Arabella, Coringa, Harmonia, White Swallow. The record time of 81 days for the return trip from Calcutta to Boston was made by the Witch of the Waves (the average run was 102.5 days).
I won't be able to eat ice cream now without thinking that some of my ancestors in the Philippines might have chilled their beverages with frozen chunks of the pond located a few minutes from my current American home. Cool. (Pun intended.)
Posted by T. at 5:01 PM