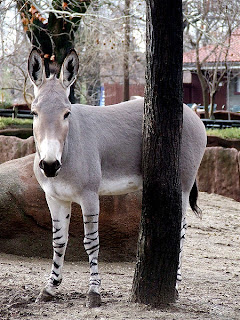 Yesterday's post mentioned that the leaders of this country's most important anesthesia organizations had sent a letter protesting several inane mandates that were being imposed or about to be imposed on anesthesia providers by the JCAHO.
This letter, requesting written confirmation that we anesthesiologists and anesthetists could keep our current, safe practices rather than switching to the suggested idiotic, less safe practices, was sent last December.
Now...let the back-pedaling begin!
JCAHO's response arrived at the American Society of Anesthesiologists' desk just about a month ago, and our anesthesia group has been abuzz about it this week.
The highlights:
"Dear Anesthesia Providers:
...Your letter points out that if specially designed processes are followed to accomplish [the task of pre-labeling syringes], labeling a syringe first and later filling that syringe can be accomplished in a consistently safe manner. [REALLY?! YOU DON'T SAY...?! Is that why we've managed to do this for the last several DECADES?! Imagine that!]
...After discussions with the Joint Commission staff, it was decided that it is beyond the scope of this NPSG [National Patient Safety Goals] to detail all of the various safe and unsafe processes in which a syringe could be filled and labeled. The Joint Commission decided to leave the current NPSG as is, which requires all filled syringes to be labeled, and to remove from the FAQ the prohibition against prelabeling...
As a follow-up to the previous discussion, one exception does exist to the requirement that all syringes be labeled...As long as there is no break in the process, labeling is not required during the administration of spinal and epidural anesthetics and analgesics. [Why THANK you! But we already KNEW that, because to require something so USELESS and intrusive would be completely STUPID.]
...The issue of anesthesia professionals (or anyone for that matter) carrying a medication is left to the individual health care organization."
Thank you, JCAHO, for taking our concerns seriously and realizing the idiocy and lack of groundedness-in-reality of so many of your requirements. Keep up the good work. Maybe if you keep paying attention to what you described in your response as "a number of concerns" voiced by many medical practitioners from many different fields, you can make up for your deficiencies in clinical knowledge and practical imagination with responsiveness to those who actually live and work in the real world every single day.
[Photo source here.]
Posted by T. at 9:02 PM

Aieee! JAHCO..what a bunch of maroons.

First of all, I greatly enjoy reading your excellent critique of people who are literally walking around with their eyes closed tight(whether they be bureaucrats or expectant mothers).
However, you have got to give JCAHO credit for coming around. If they were really bad folks, they would have stuck to their position despite the contrary evidence. At least they accepted the facts and did an about-face.