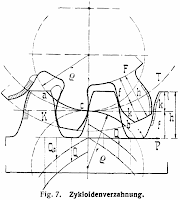 Who doesn't love a good mystery, or a good ghost story? I think the most captivating stories are, in some way, one or the other, or both.
Neil Burger is a genius. I've just watched The Illusionist, which I've been wanting to see for a year, since its release, and I was completely mesmerized by it.
Steven Millhauser's original story "Eisenheim the Illusionist" is spare by comparison, a catalog of achievements by the protagonist, whose motives and character are never really explored. In one memorable line Millhauser compares story tellers to conjurers, hinting at themes that are never fully incarnated.
Burger's film adds STORY to the story, human drama, emotional stakes (forbidden love, my fave). Coupled with evocative production design and cinematography, the themes and motifs of art v. life; illusion v. reality; disguised truths; missing pieces; belief, disbelief, and suspension thereof; power, and its sources; and penetration of mystery are all brought to life in a fascinating period piece expertly acted by one of the greatest actors of this generation, Edward Norton.
Burger's additional characters, dramatic scenes, and philosophical musings about time and power are all added gems embedded in a script with no awkward or unnecessary sentences, nothing extra. The scene with the sword, the passionate revelation of Eisenheim the man behind the enigmatic facade, his darker ghost-conjuring toward the end of the film, as well as smaller moments - his first recognition of a long-lost love, his distraction in the workshop after an evening performing in front of her, the illusions themselves - all cast their spell on me. As Eisenheim works his machinations in the world of the story, the film-maker is doing the same in the world of my own mind - a brilliant double-play, illusion upon illusion creating reality upon reality. 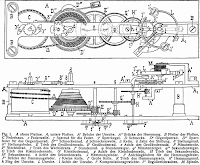 "He has proven to be more than a magician, your highness," says Chief Inspector Uhl in the movie. The real magic was that Eisenheim's audience, his "readers," drew and voiced their own conclusions with no need for explicit direction from him. He was a puppeteer without strings. Eisenheim got under people's skin, transformed the way they saw reality, recreated their thoughts. That's ultimately what any great writer or artist or teacher becomes: no mere conjurer, or illusionist, or performer, but someone who actually transfigures the world. Heady stuff for a Labor Day weekend on-call! The power of story triumphs once again. In the end the film itself is the ultimate magician's masterpiece, an intricate box of secrets and delights, a play of smoke and mirrors that reveals its characters (and our own) in bits and pieces and lingers in one's thoughts long after its scenes have vanished from view.
______________________________________________________
(Images from the Lexikon der gesamten Technik (dictionary of technology), 1904, by Otto Lueger
Posted by T. at 1:41 PM

For a great treat you should pick up Steven Millhauser's "Martin Dressler." It is Millhauser to the max.

I loved The Illusionist as well. I thought that it was a very Millhauser-like expansion of the "Eisenheim the Illusionist" story.

Exactly! It WAS very Millhauser-like, wasn't it? I sometimes resist works that have been adapted from other works, but this one had me from the start - I thought it was skillful and had a real creative brilliance of its own.

I'm slowly becoming a fan of Millhauser, so I'll add the film to my Amazon watch-list.