Country Medicine, Medicine Woman, and Women's Work: thoughts at the start of Advent

As I was driving from one hospital to another during my Thanksgiving call duties (on-call for 4 days straight), this sweet, curious guy approached me while I was pulled over by the roadside. 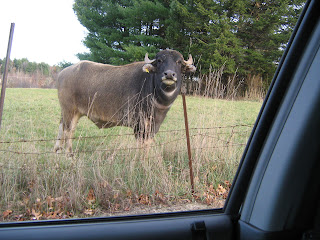 I never thought that as an anesthesiologist that I'd qualify as a country doctor! 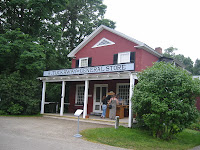 My daughter and I have recently gotten into the old Dr. Quinn, Medicine Woman series starring Jane Seymour. Talk about a country doctor. I never really got into the show while it was on the air but now I find it's great, escapist fun. We're suckers for period pieces!

While I find a lot of the surgical scenarios and outcomes totally implausible, I'm enjoying the portrayal of frontier village life and the peek into 19th century medicine - chloroform for asthma in the absence of albuterol, stramonium leaves instead of Atrovent, but also drugs we still use today, like digitalis, and aspirin in the form of willow bark tea.

Depictions of childbirth in these period pieces always make me shake my head with disbelief and a sense of unworthiness. I admire women who are able to endure labor pain without anesthesia. I kneel in spirit and place my brow to the earth in homage. I know that by the time I got to my fourth centimeter of cervical dilation I couldn't imagine wanting to (or being able to) live a moment longer with the contractions I had. So to the millions of women out there who give birth

repeatedly without doctors like me easing the pain, I say: you are made of stronger and more heroic material than I.

I saw quite a few babies come into the world on my call these past four days, and though I've given birth myself more than once and seen it countless times after some years in practice, I can't get used to the whole process. I am still somewhat aghast every time I stand by, ready to help (but usually not needed), while a woman's body somehow stretches and pushes and tears and toils to squeeze a little person the size of a melon through a canal of tissue only a few centimeters wide. I'm aghast, and also awed.

Yet while many people exclaim at moments like these, "Isn't it a miracle?" it's precisely at these very moments that I find myself at my most agnostic. I gaze at the almost feral process, with its primal cries, bloody chaos, and torn tissue, its swirl of individual instinct and human social support, and I have the distinct feeling of being lost, a bundle of muscles, fluid, vulnerable tissue, and jumbled thoughts among many others, an anonymous organism caught up in multiple 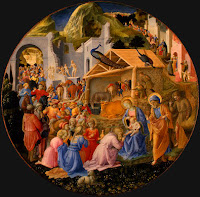 Perhaps there's more meaning behind it all, an intangible but real spirit flowing through, but it's at moments of birth that I find that idea hardest to grasp, ironically. Even at the birth of my own children, I had moments of feeling totally aspiritual. The moment was all there was, their petal-soft hands in mine, there breathing bodies resting on my beating heart.

Perhaps that is the the whole truth, but there's another possibility, of course - the possibility that meaning does exist and that we can put our hope and trust in it. Advent is coming up, when Christians traditionally reflect on the ancient belief of the divine incarnate. I like to think the divine might be present - perhaps we even generate it, give birth to it by defining it, a little Christmas in every life - in those very earth-bound moments during which we enter fully into human experience, feeling the amniotic fluid gush out of us, the flesh stretching and yielding, our breath and blood moving through us with unimaginable power. For all that is energy, and matter, neither of which is created or destroyed - ultimately a thought full of hope. 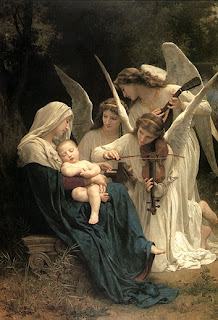 Im sorry for my english... I saw your comment about the laubin oboe. I have 1 to sale. If you can help me just leave me a email coucoune_love@ hotm....com