I've been on call this whole cold, windy, snowy weekend. Two of my friends had Christmas parties that I couldn't attend. I was afraid I'd be snowed into the hospital for 2 days, but luckily I was able to drive home this evening, see my family, eat and play my new oboe. Practice went significantly better today for some reason; I even got to scales in thirds this time, and I'm really liking the sound and feel of this new instrument!

Over 10 hours in the O.R. yesterday got me thinking about the down-side of my profession. I tend to get gloomy on weekend calls. One of the patients from yesterday had the nurses and me talking about things that cause us stress while taking care of people. Writing about some of the stresses of caring for patients can be touchy. Especially touchy is the subject of the "difficult" patient. Everyone would like to think that we physicians and nurses have only warmth and compassion for every single patient we encounter. The truth is that people are human beings first, professionals second, and with our humanity come some very natural, not-always-positive responses to human behaviors and characteristics.

I think most of us in health care hold fast to ideals of providing the best possible care for every person, and on some level care deeply for the welfare of each patient as a human being. But most of us also feel that some patients are more difficult to care for than others.

There are several "types" that fall into this category, because either their illnesses or their coping mechanisms are challenging. The medical train-wreck, of course (for instance, an obese smoker with heart failure, chronic pulmonary disease, diabetes, kidney failure, and blood pressure issues). The hostile, entitled prima donna. The high-maintenance whiner. The misanthrope. The distrustful know-it-all who doesn't know it all. The apathetic drug-seeker who has left spouse and several small children at home, gotten drunk, driven drunk, and wound up injured. The combattive patient. We work equally hard for all our patients, but the work isn't equally easy for all of them. 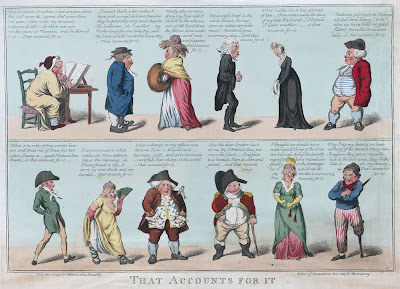 There is one more type that I personally find difficult, in part because of my own distrust, uncertainty, and preconceived notions: the inmate. I first helped take care of inmates as a medical student at a hospital which had a prison ward. I still remember accompanying one of the surgery residents into the locked cell area, having to wait till the sliding doors shut behind us before the next set of doors opened, then examining a surgical wound with her in a patient who would have done almost anything to prolong his hospital stay rather than go back to the prison.

I have never gotten used to approaching the bedside of a man with shackles around his ankles and armed guards next to his bed. Most of the inmates that come under our care now are in end-stage kidney failure and need special lines inserted or blood vessels re-routed under anesthesia. Many of them are far more polite in their speech to us than other patients. None so far has posed a significant problem.

We are not told the reason for their incarceration, and most of us don't want to know. I approach each one as if he were the the one-in-a-million kind, a Jean Valjean, but I know that for every Jean Valjean out there, there are probably hundreds or thousands of rapists and murderers whose crimes would make me recoil in horror and disgust.

Some time ago a guard disclosed to me that the young inmate I was taking care of was a pedophile. It did not change my approach to his care or the way I spoke to him - I try to treat all patients with equal respect and conscientiousness, no VIPs, no outcasts, just good care - but it changed the way I felt about my work. I felt ill; I couldn't help it. 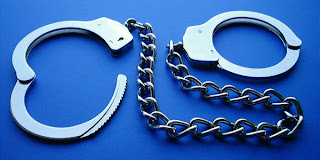 Last week I was providing anesthesia for another inmate and needed him to slide over from the stretcher to the operating table. The nurse who was working with me turned to the guard who accompanied us into the O.R. and asked him to remove the leg irons so the patient could move more easily.

"I'd rather wait until he's knocked out to take those off," said the guard.

Usually the guards allow this one concession because it does make things easier, especially for a very ill patient. When these patients come to us they are usually too sick to assault us anyway. We tried to reason with this guard that removing the shackles would make the transition smoother for everyone, but the guard wouldn't bend.

"He can walk in those. If he can walk in those, he can move over to the table in those." The guard was young with a gaze of steel and a resolve hardened, I surmised, by the stresses he has to deal with doing his work. It made me think: perhaps I should not be so annoyed with this guard. We are not so different, he and I. I too can get frustrated with the people for whom I'm responsible. What I hope, however, is that I am not hardened to the point of being unable to treat human beings - even the ones who, by their evil or repugnant acts, no longer resemble human beings - with dignity. Because though I might have strong opinions about people and what they do, and often express those opinions, I also want to avoid appointing myself an arbiter who metes out punishment for perceived failings, either by my attitude and tone or my actions, especially in the hospital. I don't have that right.

But I do exercise it anyway sometimes. I'm far from perfect. Just a couple of weeks ago I snapped at someone on a crowded street corner for blowing cigarette smoke in my children's faces. I could probably have been a little nicer about it. In a recent tense meeting I attended during which some frustrations were being aired, I vociferously spelled out some objections against a particular individual's behavior without mincing words or making any effort to speak kindly. Again, I could probably have been a little nicer, but progress needed to be made. I can be outspoken and perhaps a little too candid, especially when advocating for my patients or my loved ones. But I don't wish to treat anyone badly.

There's an even higher ideal to aspire to, of course: that of getting rid of judgment entirely - judging thoughts, judging opinions - because every time I have those, I know I subconsciously place myself above the judged. I think that's one of the hardest moral tasks to work on. But I also think one can refrain from the inner disposition of condescension, disdain, or presumed superiority that comes with a judgmental spirit and still have strong opinions. At least, I hope so!

I take care of inmates once or twice a month, sometimes more. Every experience is a trip to the borderlands, to now-familiar territory that still feels unfamiliar, to the edges of a comfortable world and into a dicier place. But in these borderlands I often learn what needs to grow and expand within myself, as I try to stretch and reach the ideals I set. It's from the margins that my center learns to hold. It's a work in progress, as always.
Posted by T. at 5:55 PM

You shall be rewarded in life for your kindness and professionalism to those incarcerated. We forget that they are humans - flawed, yes, but still human.

Dear moda di magno, I so appreciate your kind words and truly hope you are right. I'm the one who's "flawed but still human" - it's hard for me to admit those times when I've failed to think or speak kindly of others. I guess we're all in the same struggle, that of becoming as fully human as we can in this existence.

Thank you for visiting.