Excursions in Medical History: "Doctors Wanted - No Women Need Apply" - And Yet, We Did 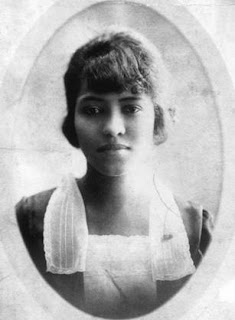 For today's "Excursion" I created a post for Mothers in Medicine about a few admirable women physicians whose lives are described on the wonderful N.I.H/NLM website Changing the Face of Medicine. Click here to read the post. [Photo: Dr. Ruth Marguerite Easterling]

All the women I mention in that post died before 1922.

Let's see how far we got almost three decades later.

In her book Women in Medicine*, Hedda Garza writes, "In 1949 and 1957, hospital chiefs of staff and male physicians gave familiar answers to the questionnaires asking them their opinions of female doctors. Many of them commented that women doctors were 'emotionally unstable,' 'talk too much,' and 'get pregnant!' One dean actually declared that he preferred a third-rate man to a first-rate woman doctor."

As late as 1982, the Journal of the American Medical Association reported in an article* entitled "Attitudes toward women physicians in medical academia" that almost 50% of male medical students and physicians agreed with the statement: "Women physicians who spend long hours at work are neglecting their responsibilities to home and family."

And, finally, the present day. When I got into medical school I was criticized for considering day care for my baby. I was chided for expressing and storing breast milk (privately) during work hours when I was in physical pain from being engorged. Someone warned me against asking for a non-clinical day to deal with a school crisis. Another told me it was okay for the male residents in the O.B. lounge to watch the baseball game on T.V. between epidural placements but not for me to quietly address birthday party invitations. And, my favorite, a female attending physician at this same academic center was overheard by my pregnant friend saying "It's irresponsible for a woman to get pregnant during residency." Is the corollary, then, that it's also irresponsible for a woman to apply for and undertake med school and residency if she already has children?

Sometimes when I get disheartened or feel alone over being a doctor, wife, and mom all at once, I try to remember why I did it all in the first place - especially now that I have a couple of friends just starting that journey. I found a little window onto a T. from times past - an excerpt from my application essay to medical school, flaws and all, which I excavated out of my recent basement diggings through old folders and boxes. I hope somewhere deep down, it's all still true.

I think I will excel as a doctor not because I have done well in science but because I have done well in the arts. I like to think that Saint Luke, who is revered by some as the patron saint of painters as well as doctors, was a good physician for the same reason. We don't have examples of his painting, which may be the stuff of legend, but the writing attributed to him shows a keen awareness of others' feelings. A man who, as a writer, could describe unforgettably a father running halfway down the road to welcome his Prodigal Son into his arms, or a woman weeping tears of love at someone's feet, must, as a doctor, have been exceptionally perceptive, caring, and attentive. Because arts such as dance, acting, singing, and writing require a profound awareness of the body as well as of the mind and heart, they are wonderful teachers of sensitivity and compassion, and of how to be expressive through movement, through touch, or by describing what we see and hear...[When as a volunteer at Mass. General I] eased an Ecuadorian toddler's fear by talking him through a procedure in Spanish, I could not help but feel a deep reverence for the strong connections between medicine and art, between art and service, and between healing and trust.

...I have made a very strong commitment to medicine, not only because I want to help those in pain through word and touch and knowledge, but also for the same reason I dance or write stories: I dedicate myself to these arts to learn continually how to notice things, and to teach myself not to lose hope. Of all the gifts that medicine can give, this is probably the gift that means the most to me. It is like St. Luke's Prodigal Father running to embrace his son. It is that little Ecuadorian child, a candidate of a heart-and-lung transplant at MGH, asking me to pat him to sleep.

I know that it's been a hard haul for women to get much of anywhere in medicine. I've heard awful comments towards female med students and doctors regularly and have been told horror stories by residents and attendings regarding their "peers" behaviors towards them when they were pregnant and went on mat leave. Some of the best residents and attendings I've worked with were women. I seem to get along with them as well or better than my male colleagues, and I enjoy their humor.

RAG - you rock. Thanks for being one of the good guys - you know, the ones educated, intelligent, classy, mature, and secure enough to just take competence at face value regardless of whether the face is that of a pregnant medical student or a very senior male attending....

Thanks for your interdisciplinary posts. but I prefer your artistic notes than the others.
be happy