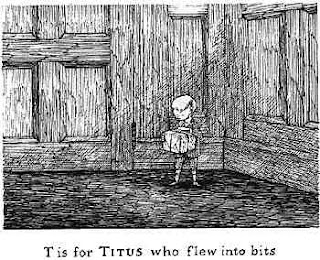 When I saw the What-ifs post on Mothers in Medicine last week, I breathed a sigh of relief. I was not alone! There are other moms and docs out there whose thoughts churn around what-iffing!
Lately I've been doing a little home archaeology - excavating through boxes of old papers and mementos in an effort to decrease clutter, throw out useless, ancient stuff that should have gone out years ago, etc. Can I just say, that is SO MUCH FUN to do when you dig up interesting (though sometimes embarrassing) stuff from college or even high school - old pictures, essays, poems, letters, test scores, articles, notes to self...
One thing that turned up was my Worry List. When my daughter was born I discovered a whole new universe of what-ifs: parental worrying. My creative imagination went wild. Someone jokingly suggested to me that it might help prevent OBSESSIVE worrying if I wrote all my worries down - partly to see how unlikely they all were - and put the paper away, in effect "releasing" my worries so they wouldn't haunt me on a day-to-day basis.
So I did. Writing is therapeutic for me, after all. I wrote down all the things I could think of that struck terror into my brand-new-mom's heart. Looking over it was almost like reading Edward Gorey's Gashlycrumb Tinies. I put the list into a folder and, lo and behold, forgot about it. The plan worked. I worried a little less.
Well, I found the list, and though I acknowledge that it's all still true - I still worry every time my son goes on a beach excursion with another family that he'll get swept out to sea by undertow - I have to say, I could be much worse. Here are some of the items that were on my worry list for my kids (some of them very obviously from my med school days):
-entrapment in car trunks / closets
-falling through pond ice
-lost in a mall (been there, done that)
-poisoned Halloween candy
-Rohypnol
-rabies
-Naegleria fowleri (haven't thought about THAT one in years)
-carbon monoxide poisoning while they sleep over at someone else's house
-vertebral artery dissection while rough-housing
-eating the wrong kind of mushroom
-roller coasters (but I smile and wave anyway when they get on one)
There's something to be said for "releasing" one's anxieties to the winds, through writing or meditation or visualization techniques or what-have-you. It doesn't deny their existence or really change any hard realities but it allows the worrier the possibility of enjoyment and proper function. 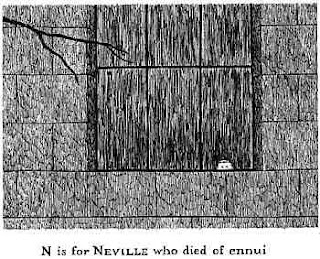 The question is why I cope so differently in the O.R. My residency program director once described me on an evaluation or letter of recommendation as "calm" under pressure in the operating room. How is it possible for somone like me to be such an emotional basket case over her kids, or easily exasperated over tiny life stressors like lost car keys or tedious forms to fill out, to be "calm" in the high-stress environment of an urgent surgical procedure? And will I always be able to maintain this composure, and keep from cracking under the strain?
One night when the O.R. ran till the wee hours of the morning, we were preparing for a patient who, we had been told, was "crashing in the E.R." and had to be brought to the O.R. urgently. There was an immediate flurry of activity as we all set about making our individual preparations. At one point I was standing across from my circulating nurse, a young, highly competent nurse who was assembling IV infusions while I drew up various drugs into labeled syringes. She stopped what she was doing, looked up, and said, "I'm nervous."
I paused and met her gaze. She was someone I had always been able to count on to know what to do, when, and how. I had tremendous respect for and faith in her. My heart rate was up, too, in anticipation of the possible disaster we would have on our hands, but somehow I could feel myself tucking the fear into a little corner in my mind and erecting an imaginary force field around it. "Don't worry," I said to her. "We're in this together, all the way. You're an awesome nurse. I'm totally glad you're here."
With that we finished our preparations, the patient arrived, the operation took place, and everyone - patient, doctors, nurse, and tech - did just fine.
Now, where does that composure go when I'm at home? I feel like if I didn't have my husband's unwavering support, patience, and kindness, I'd be lost. I can look at an injured or very ill patient without flinching, but when my kids are sick or hurt it's all I can do to keep from openly wringing my hands and getting weepy.
I guess it's just different when things are that personal. There's no force field to quarantine immeasurable love.
Posted by T. at 11:14 AM