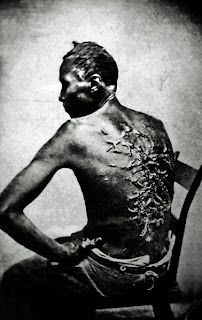 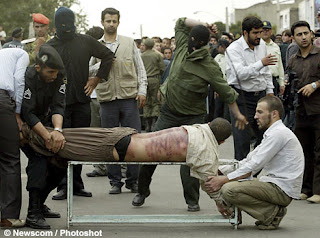 KevinMD alerted me today (I know - I'm, like, a week behind on the news) to the case of an Egyptian doctor convicted of malpractice for "driving" a female member of the Saudi Arabian royal family to narcotic addiction.
She had received painkillers as part of back pain treatment in the United States.
RED FLAG.
Her government appears unwilling or unable to acknowledge that addiction is a disease process that affects genetically vulnerable people despite their physicians' best efforts to provide relief of suffering correctly.
Any chance she pressured him to prescribe a certain narcotic for her? "Oh, Drug X doesn't work for me. I can only take Drug Y." Maybe. But maybe not. Maybe she just kept insisting on getting more. Maybe he suggested she needed more - sometimes the old dose just doesn't work for the pain any more. It's the nature of the beast. But is that his fault?
I don't know...maybe this is more than just about pain medicine...but WHAT is it about? What could justify the punishment he got, after serving the royal family for 20 years? Does anything warrant this kind of abominable cruelty? This kind of cruelty is personal, somehow. Vindictive, hateful, and personal. He offended them. How dare he.
He was sentenced to 7 years in prison and 750 lashes.
Then he appealed. Again, how dare he, I imagine them thinking.
So the judge increased his punishment (for what, someone tell me? For what?) to 14 years in prison and 1500 lashes.
It's not fair. This morning the nurses on labor and delivery rewarded me with cake and praise just for showing up to do a dawn epidural. We love it when you're on, Dr. T; you're so kind to the patients even when they're stressful patients, and you do such a good job. Here, have some maple walnut cake. I get pats on the back. He gets 70 lashes a week for months and months. We're both pain docs, trying to do our bit to relieve suffering.
What's WRONG with this picture?
Posted by T. at 10:28 PM

Absolutely sickening. That story makes my blood run cold. Or boil. Both.

Agree with you and FreshMD. Very sad.

The punishment has nothing to do with the religion. It has to do with the government and its perversion and distortion of a religion for its own means and gains.

When we look at notions of "justice" in the name of Sharia/Islamic Law in Afghanistan, Saudi Arabia, Pakistan, Iran, Egypt, Iraq and many other nations -- virtually the whole region -- it seems inadequate to place the blame only on corrupt governments. Stonings, beheadings, beatings, amputations and on and on.

Fundamentalist religions and their medieval brand of "justice" have taken root amongst the disenfranchised and uneducated around the world, even in the U.S. As much as we want to be inclusive and respectful of various cultures, I am sorry but I now view the offerings of the Islamic world with great suspicion.

No religion is a 'fundamentalist' religion. There are only fundamentalist people, and many of them take their beliefs too far, and get others involved with them. To blame all issues attributed to a religion on that religious tradition is ignorant. It cannot be forgotten that Islam is not the only world religion with violence associated. All world religions have a history, and many a present (Christianity and Prop 8, for example of today), filled with violence. It is not exclusively the government that abuses and perverts a religion, but the people that make up that government, and the people that don't do anything about it (it could be argued there is nothing those people can do, but is barely a valid argument).

Also do not neglect that fact that these nuts are the exception and not the rule. To use this state-endorsed violence in the name of Islam as the reason to mistrust all of Islam to make the statement that these people are the rule, that this is what Islam IS, and that is false and ignorant as well.

Angela, I am so happy to have you here. Your well-articulated perspective and graciously shared information are so important to this discussion. I agree wholeheartedly with many of your points: any government can distort any religion; fundamentalism is attributable to PEOPLE, not to faiths; the EXTREMELY violent are indeed the exception rather than the rule; and there's no shortage of shameful stuff, violent and otherwise, in many if not all the histories of the religions of the world.

Perhaps one person's individual discomfort - in this case, my own - is largely informed by cultural sensibilities? I hope it's clear I mean no disrespect at all by starting this discussion, admitting a need for better understanding, and asking questions. Stories like this call for dialogue, I think, and hard as it is to admit misgivings about something I fully admit I am pretty ignorant/not totally educated about, I have a strong desire to learn more and to BE educated by those who understand better than I.