Trouble in the Operating Theatre 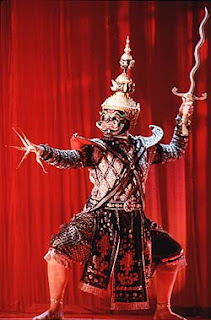 [Photo credit.]
I never thought much about workplace violence until the year after I graduated from med school. I was working in a community hospital in the Bronx - a place I actually still have tremendous affection for, probably because I had a wonderful mentor there. We admitted an adolescent patient who clearly had violent tendencies and a lot of anger at baseline. When I went to interview the patient, a tall, solidly built male medical student silently volunteered to accompany me into the room. Perhaps feminists would find this lame, but I was glad to have him standing beside me as I talked to this very hostile, erratic patient, and it made me stop and consider for the first time that there might be many other clinical situations in which I would feel personally threatened. Was I willing to face that?
Over the years there have been others in the hospital setting who have made me wonder about my own safety. Patients suffering from psychosis. Belligerent family members. My children were surprised, though, when I told them that as a group, federal prisoners have been among my most polite and deferential patients. What I never wanted to witness or experience was verbal, psychological, or physical violence among coworkers. But I have seen it, and I have experienced it. It's disappointing, unsettling, and deeply wounding.
Here's what I've learned as I've perused the internet for more information on this issue.
What's the typical "profile" of a bully in the workplace? According to this source, 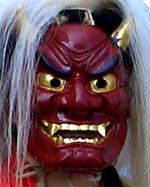 over 80% of bullies are bosses. A bully is equally likely to be a man or a woman. Bullies tend to be profoundly insecure, with "poor social skills and little empathy" or with less ability than most to understand another's point of view. They get tremendous satisfaction out of cutting capable people down. A perpetrator of violence in the workplace may not fit this "profile," of course. He or she may have a pathologic rage problem without exhibiting any of these "expected" traits. It's a problem either way.
Whom do adult bullies / perpetrators of workplace violence frequently target? "The common stereotype of a bullied person is someone who is weak, an oddball or a loner. On the contrary, the target chosen by an adult bully will very often be a capable, dedicated staff member, well liked by co-workers. Bullies are most likely to pick on people with an ability to cooperate and a non-confrontational interpersonal style. The bully considers their capability a threat, and determines to cut them down." (same source as above) Over 2/3 of attacks are by strangers or customers, but women are more likely to be attacked by people they know (see here).

From this site: Who is at greatest risk of workplace violence?
"Anyone in a job that involves extensive contact with the public, especially if limited attention is paid to customer satisfaction. (Witness the increasing accounts of airline passenger rage.) Also, anyone working in markedly bureaucratic organizations where limited attention is paid to employee satisfaction."
What are some measures one can take in order to combat intra-worker workplace violence?


I think it's sad that any of us even has to think about such an issue. But we do have to reflect on this, and talk about it, and deal with it. The last thing any of us should do is stay quiet.

I've been both harrassed (sexually and emotionally) and intimidated (and held responsible for things I shouldn't have been) by colleagues. Getting away from this situation helps, hopefully time will help as well. Unfortunately friends who are still in that situation have been dissuaded from laying complaints "for the sake of their career". Not cool.

Thank you so much for this informative and important post.

A long time ago, in the context of researching child abuse, I came across a lovely definition of abuse as essentially behavior that tends to undermine the competence of others.

I like this definition because it helps highlight those among us who make a practice of deliberately hurting. Those types need to be reined in by managers as part of reinforcing a healthy pecking order in the workplace.

Although, t., there is also troubling research that shows human beings are perversely attracted to bully personalities. Where does "alpha dog" behavior stop and social pathology begin???

Dragonfly - the culture in medicine vis-a-vis intimidation and harassment is slowly beginning to change...but ever so slowly. I hope you and your friends find situations in which you feel you can make your voices heard.

Anonymous - you ask a tough question. I've always thought of human behaviors and responses as occurring on a spectrum...and the boundaries often difficult to define. I don't have any great answers...