A Doctor at Calvary 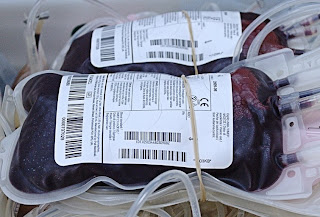 Among the Catholic High Holy Days, Palm Sunday has always been my least favorite.
Ordinarily I cherish liturgies in which we can enter fully into story and ritual, and really inhabit a transcendent moment.  But for years I've resisted the liturgy of Palm Sunday.  Who wants to enter into the story of a tortured political pawn, especially in the role of the crowd clamoring to crucify him (the traditional role for the congregation during the interactive reading of the gospel on Palm Sunday)?  It's so unspeakably awful; the last thing I want to do is wallow in it.
Part of my aversion stems from having read the gruesome book A Doctor at Calvary by French surgeon Pierre Barbet, (literally) a blow-by-blow analysis of the physiologic sequelae of

Christ's Passion.  I read it in high school.  Perhaps I shouldn't have.  But even back then, years before I realized I would eventually gravitate toward medicine, the vulnerability and complexity of the living and dying human body had me mesmerized.
Even now, years later, it's hard to be confronted with the Passion narratives without the thought of Christ as a doomed patient who suffered a fate worse than death before finally dying in one of the worst ways imaginable.  I'm amazed he had the presence of mind even to recite psalms as he did.  If he had been taken down from the cross and brought into my O.R. for resuscitation, I don't know if we could have saved him.  The only thing going for him would have been his NPO status.  He would have had significant fluid losses thanks to the Roman flagrum; his electrolytes would probably have been off-the-charts; he would have been hypoxic and hypercarbic from the slow suffocation caused by hanging on the cross; he probably had a hemothorax or hemopericardium restricting his cardiac output in an already shock-prone or shock state.  Maybe intubation, large bore access, blood transfusion, inotropes, and pressors would have helped, as they do help some trauma patients.  Maybe.
To be honest, I can get distracted identifying with what I imagine to have happened to him.  The excruciating agony of nails being hammered through bone.  The muscles cramps. The claustrophobic sense of panic at being pinned to something in an uncomfortable position. The unrelenting pain of head wounds, scourge wounds, bruises from beatings.  The asphyxia.  I can't get past these very physical, physiologic things.  The theology holds no meaning and no promise for me in the context of such brutality inflicted by human beings on a fellow-human being.
But today, at Mass, a ray of light got through.
My parish put together a liturgy today that was, in a word, beautiful.  It was the farthest thing from drawn-out and morbid that a Palm Sunday mass could be.  The opening procession was joyful, with liturgical dancers moving up the aisle waving palm fronds and creating the festive atmosphere described in the New Testament for Jesus' entry into Jerusalem.  Then we went straight from the first reading, one of the Suffering Servant Songs in Isaiah, to the Gospel narrative.
The true gift within that liturgy was the way the Passion according to St. Mark was presented.  We are privileged to have in our congregation a talented and accomplished man named Michael Corso who has learned the Gospel of Mark by heart.  By heart.  He can recite the entire gospel from beginning to end.  Rather than having a bunch of mediocre readers reading the gospel parts from the podium, our pastor asked Mickey to narrate the Passion according to St. Mark from memory, dynamically, while members of the Boston Liturgical Dance Ensemble (with whom I've been privileged to dance on occasion) enacted graceful tableaus of the various scenes in the narrative.
The effect was stunning, meditative, and haunting.  Although the church was packed with children, you could have heard a pin drop as Mickey, putting his whole heart and soul into the recitation of the narrative, moved among the dancers and across the front of the congregation, sometimes stepping into the role of a disciple or of Judas.  Such a bold way of presenting the Liturgy of the Word could, in less sensitive or less professional hands, easily have degenerated into "cheesiness," but this parish is blessed with fine, talented people who have incredible vision and skill.
My family and I were there, at the foot of the Cross, transported - not wallowing in guilt or horror as the long reading of the Passion accounts can sometimes lead us to do, but rather truly present in a transcendent moment, one filled with reverence and with compassion for the participants in the story.  Ultimately this kind of liturgy points to the heart of what Catholic faith should be:  reverence for the humanity and intrinsic dignity of the other.
It was a Palm Sunday to remember.
Posted by T. at 4:38 PM

I was there. It WAS amazing. The telling of the gospel, instead of its reading. The liturgy was also made beautiful by a gifted choir and musicians.

I'm glad the Palm Sunday service was such a great experience for you.

I too have been fairly ambivalent about the Palm Sunday liturgy - the way it can transition from joyous celebration to almost the macabre in what seems like the blink of an eye. Fortunately our current pastor is very down to earth and has a knack for bringing out the "humanity and intrinsic dignity" as you so aptly describe it.

As part of the music ministry for many years, I still feel privileged to participate. While we are a small parish, and our celebration was not as elaborate as you describe, we go to great lengths in choosing our music to try to make the transition one of peaceful, quiet reflection, as opposed to the harsh contrast it could easily become.

Peace be with you and yours this Easter and always. Pray that my voice holds out - we're doing the music for five services this weekend, starting with Holy Thursday, and I'm the cantor for the vigil mass, including the Exultet....

Sharkdiver - I've written in the past about my great love of the Exultet. What a blessing to cantor such a mystical, beautiful, ancient prayer!

Thanks for stopping by.

Hello, I was writing about the body and Eucharist after finishing some clinical research and a Priest pulled up this book at mass, you mentioned (Doctor at Calvary) - my concern was to dispel the conceptual constructs of disease and promote a view of the body as mystic or spiritual, while not denying the mental or epistemological. I separate mystic pain from pathological pain - ex. Therese of Avila would be mystic pain and putting a nail through one's hand to vainly imitate the Cross, without accepting the Gift, would be pain pathological. I tried to make it interdisciplinary, myself have worked for 6 years at university research labs as an associate.