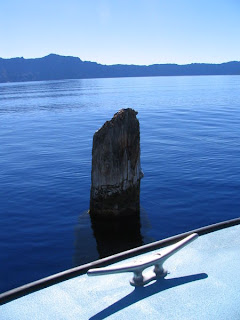 Whenever I give anesthesia for leg amputations I always think of how horrific these must have been during the American Civil War, without anesthesia.
Today I helped an elderly man sleep through the removal of his one remaining leg, which had become gangrenous. He was old and tired and just wanted to die.
He had a DNR or "do no resuscitate" order, which we rescinded temporarily during the time period covering his surgical procedure and post-op stay in the PACU, the "post-anesthesia care unit" (known to most as the recovery room).
I dislike DNRs.
Or I should say, I find them merciful in the ICU, but I dislike them in the O.R. I dislike them not because I am against allowing people to die in peace. On the contrary, I am very much for allowing families to let their loved ones go, with as much dignity and comfort, and as little violence, as possible.
I dislike them because most of the people I have talked to who have them but who also need surgery appear to have a limited idea of what resuscitation consists of. It often sounds to me like they see resuscitation only as the invasive activity they see portrayed in the media.
[As an aside, I have to comment on medicine on TV, especially fictional TV shows, which seem to relish depictions of the drama of resuscitation. In televised medical dramas, sexy doctors, who all somehow have the time and energy to commit adultery with each other, spend exciting moments pounding on chests, applying electric shocks to defibrillate the heart, and performing internal cardiac massage, all with unbelievable rates of success. They make resuscitation look at times frenetic and at times almost glamorous. (I hereby uphold Scrubs as the notable exception to my view of medical TV shows; most are glorified soap operas, but Scrubs really GETS hospital life, I think, in a way that no other show does.)]
"Codes" as depicted on TV shows are often faster paced than most real codes but about as invasive and violent. This is what people don't want: the pounding on chests, rib fractures, cracking of the sternum, and subsequent lingering in the ICU on a ventilator for God-only-knows how long. I completely agree. If I code when I'm eighty-something, for heaven's sake kiss me goodbye, reel in the IV tubing, and let me die in peace.
The problem is, as I've written before, anesthesiology IS resuscitation. Many if not most of our interventions are acts of resuscitation. Securing the airway. Placing intravenous or intraarterial lines for monitoring. Giving a drug to boost blood pressure when, as is often expected, it drops some as the anesthetic is first delivered. Administering appropriate fluids. Changing someone's heart rate with medication, to protect the heart or try to prevent physiologic disturbances that that particular patient wouldn't tolerate. Applying an electric shock to someone who develops unstable atrial fibrillation under anesthesia. All these are acts of resuscitation that no DNR should curtail because they are applied in reversible situations, where resuscitation is expected to effect helpful change.
As I discussed the anesthetic plan with my patient's health care proxy, including the temporary suspension of his DNR, there was a comical moment when the nurse brought an old anesthetic record for me to peruse. It was the record from the amputation of his other leg, and I remarked, "Wow, this wasn't too long ago. Anesthesiologist did a nice job." Then I looked at the name to see who had done the anesthesia and saw my own name there in the box. Sheepishly I said, "Oh! It was me." The health care proxy and nurse both laughed.
We brought the patient to the room and applied all the usual monitors. I gave him the anesthetic drugs in what I hoped would be a gentle, layered pace, as well as some pain medicine and medicine to prevent nausea. The surgery was quick. I still find the part where the surgeon saws through the bone gruesome, even though I know my patient is unconscious. The surgeon handed the man's leg to the nurse, who wrapped it and tagged it and removed it from the room. When the wound was sewn shut and dressed, I reversed the anesthetic, removed the monitors, and wheeled the patient to the PACU, the contours of his body under the blankets now only visible over the top half of the mattress. He slept peacefully for the rest of the morning.
He hasn't walked in years. He has no family. Now he only has half of his body left and depends on others for the most basic functions. He's tired and he wants to die. I cannot imagine this man's suffering and loneliness. All I could think as I left him in tranquility in the PACU was, I hope people show me gentleness when my time comes. I hope through his pain he felt some tenderness and care from us. And I hope he can get his rest.
____________________________________________________
Photo credit: View of the "Old Man", a piece of driftwood that has been floating in the lake for at least 70 years. Picture taken 18 September 2005 at Crater Lake National Park. Taken from a file uploaded to Wikimedia Commons by user Llywrch under the licensed under the Creative Commons Attribution ShareAlike 2.5
Posted by T. at 8:37 PM

fantastic post. kudos to your mention of scrubs, i find it the best too.

Thanks, Jeff, and thanks for stopping by!

I think there should be a revolution to keep Scrubs on the air!!! It is the last season.
I am always saddened by amputations. I always find it macabre to hand off the lower leg as a specimen.

Dr. Schwab, I LOVE the post you're referring to and in fact was thinking I'd include it in the next carnival, along with your "Flush" post!

Thank you for stopping by.