Toward the end of 2007 the World Economic Forum released a report entitled The Global Gender Gap Report. Permit me to celebrate (and maybe even gloat a little about) the fact that we Filipinos are in the Top 10 (out of 128 countries) for gender equality, along with 9 other far wealthier nations peopled largely by Caucasians:
Gender Equality Rankings 2007 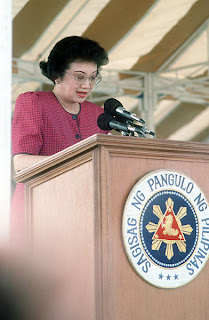 1 Sweden
2 Norway
3 Finland
4 Iceland
5 New Zealand
6 Philippines
7 Germany
8 Denmark
9 Ireland
10 Spain
11 UK
31 US
51 France
91 Japan
126 Pakistan
127 Chad
128 Yemen
We've had women professionals in our country, with fairly equal male/female ratios, for DECADES, since at least the 1950's. There were female musicians in the Manila Symphony in the 30's. Women have enjoyed positions of authority for years. When female judges, doctors, lawyers, business executives, and generals order their male officers around, the men pay attention, don't think twice about the women's gender, and "just do it." I don't know exactly why it's so different in other Asian/Latin countries or why the U.S. can't get its head out of its proverbial nether regions when it comes to race and gender. Maybe I should ask the two women presidents we've had.
*** 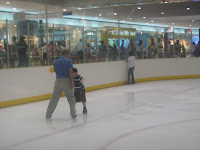 They don't do this much back in Boston, but somehow closer to the equator they decided they felt like going ice skating. My heart still beats a little faster, à la high school girl with a huge crush, when I watch my husband skate.
*** 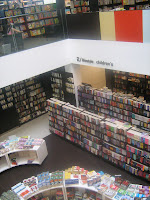 If I had remained in the Philippines instead of moving to the U.S. I would have loved to open a business like this: Fully Booked, a well-stocked bookstore that imports best-selling titles from abroad. This branch had a coffeeshop with floor-to-ceiling windows that let in a lot of natural light. We spent part of our last full afternoon here. It's amazing how just walking into a big book store and smelling that books-all-around-you aroma either quickens my pulse with instant excitement or quiets it down with a prompt sense of calm. Why is that? 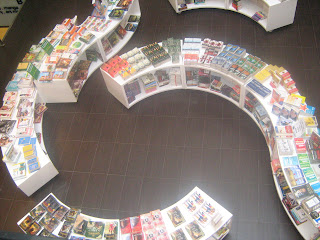 ***
The American war cemetery is a peaceful and moving place to visit, especially for a part-Filipino, part-American family. Carved into a stone wall near the entrance to the circular memorial are these words: "In proud remembrance of the achievements of her sons and in humble tribute to their sacrifices this memorial has been erected by the United States of America. 1941-1945." So many suffered on our shores, and so many suffer still from senseless violence, torture, and war. I hope someday those who choose the way of hostility gain the courage to choose nonviolence. It's hard to be optimistic these days, but as I wrote before, there's a difference between optimism and hope, and for the moment I refuse to give up the latter. And to those who are now following in these soldiers' footsteps giving their lives on foreign shores...forgive us; we know not what we do; we can only offer our thanks and the sentiments of our minds and hearts. 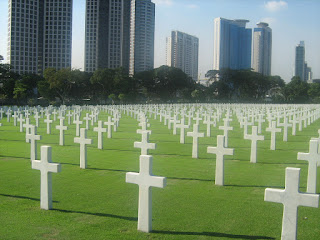 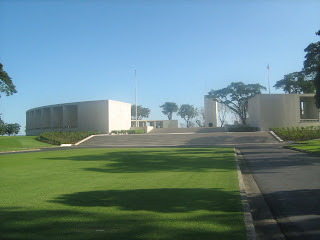 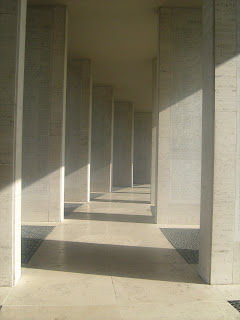 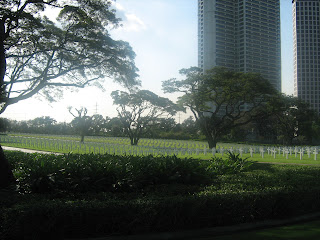