Filipino Food III: Drinks and the Dark Side (Or, Liquids Clear and Not-so-clear) 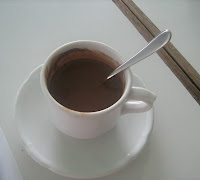 As we approach the end of our time in the tropics I thought I'd touch on some beverages, soups, and scarier food items that are not exactly what you'd find in your local Dairy Queen. 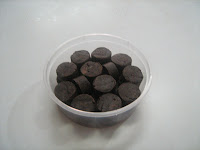 First, our hot chocolate. This is not your watery, cocoa-from-a-powder stuff, a la Swiss Miss or Hershey's. This is the thick, chocolatey, melted-a-chocolate-bar-into-a-hot-drink, Spanish stuff. It comes in round tablets that we stir into milk laboriously over a hot stove with a batidor. We serve it with churros or pan de sal or ensaymadas or just drink the yummy stuff by itself (less commonly). 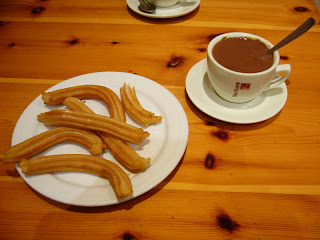 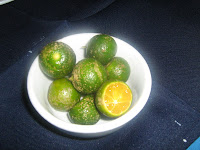 Our favorite citrus fruit is the calamansi. It's closer to lime than lemon, quite tart, but has a distinctive tase all its own that I just can't describe. Its juice, cooled and sweetened slightly, is a refreshing way to start the day. 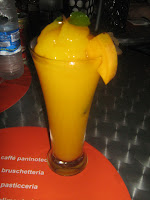 The best mangoes in the world naturally make the best mango juices and shakes (green or ripe) in the world. It'll be hard to say goodbye to our golden treasure, the Philippine mango. 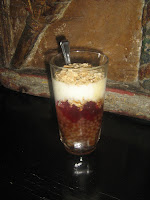 Ginumis is a textured treat made by layering pearls of sago (tapioca), colored cubes of gulaman (gelatin), perhaps some tiny balls of fruit, and tasty toasted pinipig (immature glutinous rice that has been pounded into flakes), then pouring panocha syrup and coconut milk over the stuff and eating the concoction parfait-style, with a spoon ,or stirring the whole thing together into a delicious slurry before consuming. It's a yummy melange of tastes and textures, very refreshing in the afternoon. 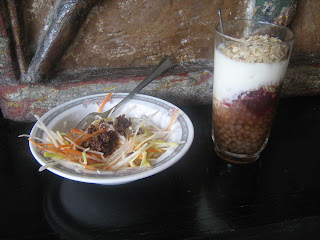 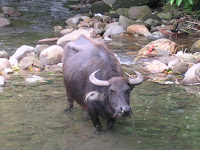 Ice cream is western. Sometimes I find western foods here that are even better than what I've had "Stateside" (my cousin Gaita's successful restaurant chain, Cibo, serves the best pasta dishes outside of Italy, cooked al dente every time). The reverse is not true, however - Asian food is never better there than here. What makes our ice cream so rich and creamy is carabao milk. 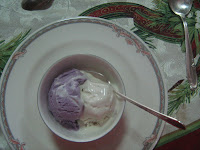 I guess it's kind of like eating mozzarella di bufala in Italy. The milk from these draft animals is pure heaven. So ice cream made from it is...well, heavenly. 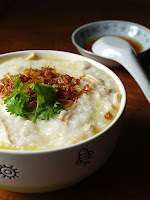 Comfort food for the fluish comes in the form of lugaw, similar to Chinese congee, or its cousin, arroz caldo, a similar rice porridge with some added seasonings. 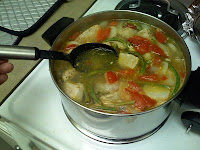 Some Americans have heard of our other common soup dish, sinigang, with its tart tamarind base. 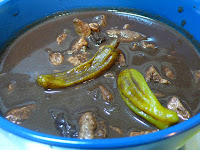 But most would be put off, as I am, by dinuguan...pork blood stew, ew, ew, eeeeewwwww. 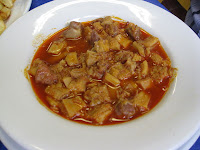 And perhaps also by callos (stew of tripe, sausage, chickpeas, and assorted meats), though perhaps the Spanish genes in me make me less wary of the latter. 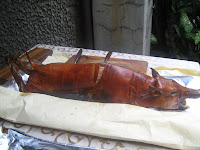 There's a lot of stuff on The Dark Side of Filipino cuisine. I'm so sheltered I probably wouldn't even recognize most of it. The scariest thing I'll eat (and enjoy) is the very un-scary bagoong. Fish heads, whole crabs, chicken feet, and certain parts of lechon (roast suckling pig) give me that treacherous tickle at the back of the throat that threatens to turn into 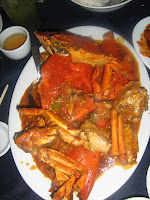 spillage...How un-pinoy of me...
TV host Andrew Zimmern has brought some of our truly frightening fare to light on his show Bizarre Foods, while Fear Factor put this little delicacy on the international stage: balut, or fertilized duck egg. My husband was gonna try to eat one once...but chickened out, so to speak, when he detected the embryonic feathers 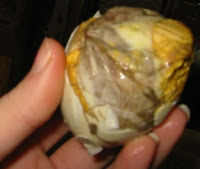 interlaced with the egg white as he was peeling the thing...

So as not to end on that note, I'll sign off with this food picture, a jeepney alongside us last week carting a load of fresh pineapples from a plantation in Cavite into Manila. There's nothing like having walked on the very earth in which your food was grown, then eating its sweet fruit freshly picked. 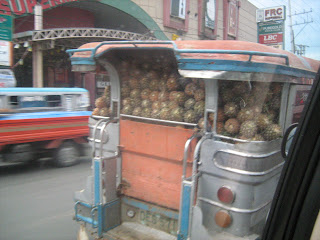 Any place around Boston to get some of those yummy beverages?

You're killin' me with cravings in the virtual tour of Filipino cuisine (admittedly except for everything after lugaw in this post)...

All the Filipino foods I love to eat are here!!