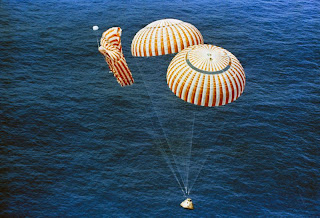 Reentry accomplished!
Sunday night, jet lagged and out-of-touch as we were, we didn't even realize there was a blizzard brewing until our good friends informed us over dinner. By the time we realized how much snow was expected, and what an intolerable, dangerous mess the morning commute would be, it was midnight. I decided to drive to the hospital and try to find a place to sleep there till morning rather than deal with the commute.
Thought it made for a looooooong day, it was a great decision. The morning commute was about as bad as everyone thought it would be, and the O.R. was backed up. I was scheduled to work with the chief of surgery, 7 cases in all, and had an extra case inserted into the schedule at the last minute, for a 91-year-old man in complete heart block who needed a pacemaker.
Every time I'm away for a considerable period of time I feel like I won't know how to do my job any more, but by the middle of the day yesterday the chief of surgery was apparently out at the main desk between surgeries expressing great satisfaction with my work, so I guess I still know something about anesthetizing people and moving cases along...
I know I should allow myself to give myself more credit, but no one's harder on me than I am, and that habit's hard to break. I hear that's very oboe-ish. I also know that the anticipation of reentry is always worse than the actuality, but that doesn't stop me from anticipating!
Posted by T. at 8:45 PM