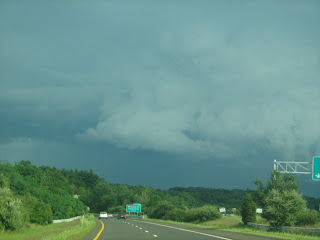 Let me say this, first: the dividing line between mostly procedure-oriented physicians and mostly thought-oriented physicians, or however you want to label the two, exists, certainly in the minds of students choosing specialties and insurance companies reimbursing them, if not anywhere else.
Let me also say this: doctors who excel at procedures are often great thinkers and "empaths" as well, while doctors who excel at evaluating and relating to their patients may also have technical skills that would inspire admiration in any specialist.
And of course in either "group" there are those who stink at one or the other, or both.
One reason anesthesiologists take pride in their profession is that in the de facto divide between the surgical/procedure-oriented specialties - general surgery, orthopedics, urology, et al. - and the medical/"thinking-and-relating" specialties - e.g. internal medicine, pediatrics, family medicine - anesthesia requires of its members a high level of competence in both procedural and cognitive medicine.
When someone I'm supervising gets over-anxious about a patient's recent upper respiratory or gastrointestinal symptoms right before surgery, to the point of unnecessarily alarming the surgeon by saying that the patient's going to either die on the table or postop, it's up to me to spend time with the patient taking a proper history, doing a physical exam, and assessing the patient's appearance and lab studies in order to make a final, well-thought out judgment on the issue.
When a surgeon appears under-anxious about EKG changes on a patient who's recently reported more episodes of windedness, and wants to proceed with an elective operation anyway, I'm responsible for evaluating the patient's condition and making the final decision about whether to proceed with the case, often to the surgeon's (and patient's) great disgruntlement.
When someone deteriorates in the recovery room, I have to figure out what's wrong and what to do about it. When the ICU calls with an airway or hemodynamic issue, I'd better show up with some ideas as well as practical skills. When a surgeon brings me a patient with a tumor right on his vocal cords or a 24% ejection fraction and asks me to induce anesthesia without killing the guy, it's my job to make it happen.
I have to know about babies, the very elderly, pregnant women, and athletic adolescents. I have to know about brains, hearts, kidneys, livers, and lungs. I have to be able to place intravenous lines, epidurals, and spinals, and intubate difficult airways. I have to know how to protect and save people's lives when they seem to be actively trying to die on the table, or when they're trying to bring new life into the world.
Of course, if you've been kind enough to have been reading this blog since its inception, you've already seen me vent about all this. So why am I once again rallying to my profession's defense?
Because today after spending several minutes interviewing a patient - let's call him Jack - during a preop evaluation, listening to his concerns about various pathologic conditions, and answering his questions as thoroughly as I could, the patient ended the conversation with, "Well, at least your job is one of the easy ones."
Excuse me...WOT?!!
"In what way?" I asked, smiling as sweetly as possible.
"It's one of the 'ROAD' specialties. You've 'hit the ROAD.' "
I think my face must have looked blank, or at best, quizzical.
"You know - ROAD, R-O-A-D?"
Still blank.
"Radiology / ophthalmology / anesthesiology / dermatology. The specialties all the students are trying to get into now, because of the pay and the lifestyle."
Lightbulb. Ding-ding-ding-ding.
"Ooooooooooh, road. I get it now."
Hmm...you forgot emergency medicine. I hear that's pretty flexible too.
"It was in the paper a few weeks, or maybe it was a few months, ago. 'Doctors hitting the ROAD.' "
"Hmm...Well, I can see why students would be attracted to a flexible lifestyle, and to anesthesia once they get to know it. It's a GREAT specialty. But I wouldn't call it an easy one. I've heard some anesthesiologists say they don't think what we do is all that hard. But I actually think it can be VERY challenging."
"Really? Why?"
One. Two. Three. Breath. Four. Five. Six. Seven...
"I think it can be really tough sometimes to protect someone's life. We have to think fast and act fast, and make judgment calls that can be hard. I think everyone finds it highly stressful at one point or another."
"Oh."
We exchanged some concluding pleasantries after that. I was barely listening by then. I kept thinking of how I ended up choosing this specialty - of the twelve-year-old boy I mask-ventilated for the first time, and how at that moment I knew I wanted to be doing that for the rest of my career. I wasn't thinking of salaries or lifestyle at all at that moment. I was thinking of how much I loved the actual work.
I bid the patient farewell as I put his chart away and turned to go back into the O.R. He thanked me for my time, then hit the road.
Posted by T. at 6:11 PM

Your blog is a true inspiration to me. I will be entering the field of anesthesia next year (as a MD) and I frequently quote your "Have you hugged your...." blog! This blog will be added to that one as one I quote from. Keep up the blogging! I will admit, it's easy to get down when entering this field. I frequently get the question "why would you want to do that" or "you must not like patient interaction" or my favorite "you realize that's just a service industry, right?" Puh-lease!!!!

Thanks for the encouragement, Anonymous, and best of luck to you as you enter our wonderful specialty!

Had a nurse tell my resident that she was looking for a doctor and subsequently asked him if he was a doctor or an anesthesiologist. My pager states my name and then anesthesiology after it. Comments like that make my head spin.

Oh my gosh, RAG, I would have loved to hear your resident's response to that!

And unfortunately that very question gets asked a LOT...

Glad you decided to keep on writing!

Thanks for citing me in the same paragraph as Buckeye Surgeon. That is truly an honor! Love your blog. You write so well. I'm glad to know there is such an inquisitive mind behind the Blue Curtain.

Theresa, the honor is all mine - thank you for visiting!

I think you're an INCREDIBLE writer and a totally SUPERB physician; I say "Wow!" to myself over those facts every time I read your blog!

BTW, folks - Theresa's terrific work can be found at www.ruraldoctoring.com. If you haven't visited there already, you gotta go!

Great blog - I have browsed briefly and love what you are writing.

As a trainee surgeon, I have been inspired by surgeons and their anaesthetists. There is a symbiotic relationship that exists, and the wrong anaes can ruin your day. But I hope we understand better than many the demands on your clinical skills and knowledge (all jokes about newspare-reading aside).

Thanks for stopping by, DrCris, and for your gracious comment!