Yes, I was one of the curious ones that was wondering what Michael Phelps listens to on his iPod (photo: Getty Images). What can I say? I'm fascinated by the way people choose music, and why. Why, for instance, does Phelps listen to

-Eminem
-Li'l Wayne
-Jay-Z
-Young Jeezy
-Outkast
-Usher
-Twista and
-G-unit
before racing? Is it because rap music energizes him, motivates him, gets him "pumped up?"
And for any of us who have made playlists - why do we make them, and what makes us choose the music we choose? Does the music help us perform better at a particular task? Do we feel more energized, motivated, "pumped up?" Is it because we're telling ourselves a particular story that can be expressed in part by our own, individual soundtrack?
Chris, an American surgeon deployed to Iraq, explains why he chose the songs he did for the playlist on his O.R. disc - besides the study that showed it makes surgeons more efficient when they get to choose music to play, and (arguably) the O.R. staff happier: "Not only will this disk keep me in my game during the operation, it prevents me from falling asleep and sliding under a truck on the drive home after the operation at 2am."
Chris's O.R. Playlist:
Blur: Song 2
Green Day: American Idiot
Offspring: Come out and play
Violent Femmes: Blister in the sun
Clash: Rock the Casbah
Drowning Pool: Bodies
Marilyn Manson: Beautiful people
Alice Cooper: Feed my Frankenstein
Garbage: Supervixen
Cracker: Low
Smashing Pumpkins: Bullet with butterfly wings 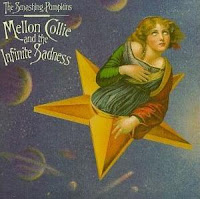 Stone Temple Pilots: Flies in the Vaseline
Nickelback: How you remind me
Pearl Jam: Daughter
Fatboy Slim: The Rockafeller Skank
Lit: My own worst enemy
Butthole Surfers: Pepper
Linkin Park: In the end
Cypress Hill: Insane in the brain
Seven Mary Three: Cumbersome
Wheezer: Hash pipe
P.O.D.: Alive
Sublime: Santeria
One of the surgeons I work with has very similar proclivities. He'll throw in a little Evanescence and Disturbed - and turn it down without complaint when I need to concentrate on something crucial. He'll even play Sting's Desert Rose just for me because he knows I love it. My favorite ophthalmologist will have only classical...and enjoys playing this game of seeing if I can identify whatever piece happens to be on the radio at that moment.
I've had a medicine-oriented playlist that captures for me what I can't put into words about my job. It includes
Smash Mouth: Walking on the Sun (don't ask me why - maybe because it was on an episode of E.R. once)
Marc Cohn: Healing Hands
Queen and David Bowie: Under Pressure
the Harvard Opportunes' arrangement of Maria McKee's Breathe
the song Credo from Elizabeth Swados' play Missionaries
P!nk: Just Like a Pill
Leona Lewis: Bleeding Love
Tracy Chapman: The Promise
Five For Fighting: 100 Years
and a whole bunch of Rent songs - One Song, Glory; Life Support; Will I; and Without You
And I remember on my last day of residency I had a celebratory CD I blared in the O.R. as I was setting up the anesthesia stuff in the morning. I addition to Under Pressure, My Sharona was on it, as I recall - just loud and "obnoxious" enough to "get it all out."
What does an oboist choose for work-out music? Hilda, a.k.a the Dominican oboist, who has renamed her blog POM (physician-to-be/oboist wannabe/mommy), works out to Julian Oro Duro and Banda Gorda. I have 80's nostalgia on my work-out list - Janet Jackson's Miss You Much - but my daughter, very much a child of this generation, enjoys it too.
When I want to relax and let oboe music wash out my tired spirit, I turn to this playlist:
Albinoni: Concerto à cinque No. 2 in D minor (for oboe, 2 violins, viola, cello & continuo)
Zipoli: Adagio for Oboe, Cello, & Strings

T, I wondered about Phelps playlist too! I'll have to check out most of these at iTunes because I don't recognize most of them. Does that mean I'm old and haven't kept up? Maybe. Oh, well, I have these lists to check out over time. Thanks

Phelps is a great swimmer and a great athlete. What he listens to and what he eats fuel both his body and his mainstream-cultured 23-year-old inner rhythms. Rocket scientist he isn't, but as the old song goes, "Fish gotta swim and birds gotta fly . . . ," and there's room for all of us. It is a good thing that he does what he does, and that he does it so well.

I hope I didn't sound like I was disparaging his musical choices - I am genuinely curious about why people are "fueled" by the particular music they choose, whatever it may be. Hard rock keeps surgeon Chris "in his game" during an operation; Julian Oro Duro keeps Hilda's workouts going; rap energizes Phelps...how, and why? And how do all our different responses to different music evolve?

I am fascinated by the mystery and enjoyable wonder of it all...

Hello! I am a clinical musicologist and I love your blog! I've just gotten a patent on a device that will deliver music to the patient during surgery. If you want to know more about this, check out www.Surgery-with-music.blogspot.com. I really hope that we can meet one day. My son-in-law is a med student at Tufts. You are in Boston, aren't you? Thanks, Alice Cash

Thanks for stopping by, Alice! I hope your son is enjoying his studies at Tufts.

I think I'd like Chris' playlist a whole lot better than Phelps. I can't stand that kind of music - and my 12 year old loves it!

Isn't it interesting how differently we all respond to music of different kinds? I wonder what accounts for our brains' preferences, and how they develop...it's certainly doesn't seem to have anything to do with logic or reason.

I also wonder how taste of any kind evolves. Why do some people enjoy gumbo and some not, or strongly like or dislike a particular color? There can't be too many "logical" explanations for powerful preferences and aversions that seem neutral in terms of adapative/maladaptive consequences...

As people grow up, they connect with music that helped them feel a sense of community they had (or imagined they had) when they were younger. That music, and music like it, brings out those idealized good memories, or it manages to deliver bittersweet nostalgia, in the case of popular songs, in the span of about 3.5 minutes.

The odd thing about musical culture now is that its target "venue" is a little device that promotes a kind of isolation. There is another extreme, however. Drive through a university town, and you might hear rap music blaring from student cars driven by people who believe that there is power in volume.

That's such a good point, Elaine - fashion and marketing are powerful in this age of instant communication.

I've always thought a lot of our taste comes from what we're exposed to, and there's tremendous opportunity for exposure of kids to "their" music from a very early age nowadays. My parents were into classical, and I was into ballet, and socially I wasn't exactly very adept, so I was one of those shy, studious, classical-music-loving kids and only discovered pop stuff in high school, when I got my driver's license and turned on the radio...

Funny story for you, in light of the above history: a teacher in grade school once called my mom in for a conference because she felt I had lied on a questionnaire about my favorite song, which at the time (and I really can't imagine why, now) I reported as Schubert's Ave Maria. Maybe I was shy, studious, and pious...Anyway, my mom went in there and defended me with valor and conviction!

My husband was always very bothered when he would call and we'd have music going in the OR. To me it's normal. Although on afternoon laparoscopic cases when the lights were down I insisted on upbeat music, otherwise it was just naptime. :-)