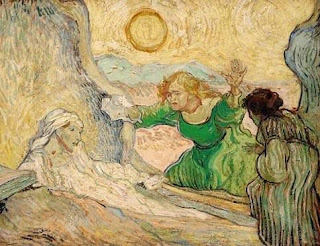 One of the reasons I enjoy the conference I'm currently attending is that in recent years there's always been at least one lecture or workshop on the use of acupuncture in medicine.  I'm reminded today of a story from my days at St. Boonie's.
This happened over a year ago to my colleague, Xiao Lin, who is both a medical doctor and a practitioner of acupuncture.
She was called stat to the ICU to reintubate a relatively young, obese smoker with community-acquired pneumonia.  During the intubation the patient's heart rate slowed to the point of ventricular fibrillation and arrest.  Xiao Lin immediately began resuscitation efforts, directing the team around her to administer CPR, epi, atropine, defibrillation.  After several interventions the patient was still in v-fib. With the airway secure and a respiratory therapist ventilating the patient, Xiao Lin decided to try an emergency acupressure point as a last resort, believing that the possible benefit of attempting the maneuver outweighed any possible risk of harm.
She forcefully pressed the blunt tip of a 5-cc syringe into the KI 1 (Yong Quan) point on sole the patient's left foot.*
Within fifteen seconds, the EKG changed visibly from v-fib into v-tach, then almost immediately into a sinus rhythm.
"Someone check for a carotid pulse," Xiao Lin ordered.  She pressed the syringe into KI 1 on the other foot.
Sinus rhythm held.  Blood pressure was normal.  Oxygen saturation was 100%.  The patient never required pressors after the resuscitation and was discharged to rehab eleven days later.
I found this story astounding on many levels.  I don't know that I would have had the guts to try such a maneuver, simple and harmless as it was.  It's so much easier to persist in accepted Western protocols even though they've been FUTILE for several minutes.  Xiao Lin never departed from ACLS standards, but she dared to try an adjunct from another field that's been around since the Stone Age - 5000 years - but for which the stodgy, self-important traditionalists of Anglo-European medical science have had much disdain and distrust (though this is beginning to change, particularly in Europe, and actually in the U.S. as well, though perhaps more slowly).
What happened that day in the ICU - did emergency acupressure work as part of the resuscitation, or was the event an example of the Lazarus phenomenon, as this anesthesiologist once experienced in a surgical ICU?  I helped Xiao Lin write a poster presentation of this case for an American Academy of Medical Acupuncture symposium.  I think we should be discussing stories like this one and encouraging the NON-CONTEMPTUOUS exchange of ideas, including those that come from outside the tightly circumscribed borders of "modern" medicine.
Incidentally, there's another emergency acupressure point, GV 26, on the philtrum, a third of the way from the nose to the upper lip, which apparently causes sympathetic activation in animals.
Makes you wonder.
*between the second and third metatarsals, a third of the distance from the toe webs to the heel
P.S. - Please do NOT try this at home; do NOT assume I am claiming it works; and above all, do NOT take the telling of this story as the dispensing of medical advice!  If anyone you know or observe requires medical attention, please seek help from a trained professional.
________________________________________________________
N.B.: Van Gogh was being treated in the psychiatric center at Monastere Saint-Paul de Mausole in Saint-Remy when he painted La Resurrection de St. Lazare (above).
Posted by T. at 1:15 PM

This is new to me... I'll read about this. :) thank you for sharing

I had a patient take an agonal breath when I was performing my death exam. It phased me a bit, but I made sure there was no pulse or heart beat. I didn't check the monitor and, in fact, told the nurse to turn if off to avoid PEA confusion. A few minutes later while I was typing up my death note I kept thinking "what if the patient actually keeps trying to breath, what if the pulse comes back, what if I couldn't hear the heart (despite being a thin guy)?" I had doubts, but didn't force myself to reexamine the patient.

It is kind of weird to see some reactions that can be attributed to patient efforts - despite lack of heart beats. Having only performed two death exams (I've been a white cloud on my ICU rotations I guess) I have lots of doubt if I'm doing it correctly.

As a licensed acupuncturist, thank you for publishing this account. As you say, there is so much to be gained from the combination of Eastern and Western medicine. I have seen as many miracles with acupuncture as with western medicine...why not use the best of both worlds? Heidi Most, www.heidimost.com