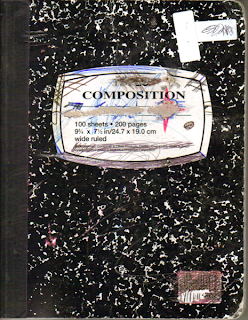 I've just returned from a wonderful medical writing conference.  Intense and exhausting, but informative and inspiring too!
I met some amazing people there. I was privileged to be in a small workshop among talented writers who are also incredibly dedicated clinicians.  There's nothing like finding like minds who share your passion for something (and encourage your growth in that endeavor).  It's so much easier, moreover, to learn from others in an atmosphere of respect rather than an atmosphere of contempt.  We've agreed to continue trying to support each other's writing through a virtual writers' group.
I even got up the courage (despite my intense aversion to public speaking) to pitch an idea for a book in front of a ballroom full of people, mostly other doctors.  I figured if I could do a mock oral exam in public, I should be able to survive a 90-second pitch. It went surprisingly well (despite the fact that I actually signed up for the "pitch" activity without having originally planned to do so).
Writing is my true love, but I didn't have the courage when I was younger to try and pay the bills with it, so I applied to medical school.  Now that I've immersed myself in a conference that has allowed me to blend my love of writing with my love of medicine, I feel re-energized.  I want not only to keep writing but also to write more.  That's to be expected, of course, with any good retreat or conference; there's an initial surge of fervor in the afterglow.  Let's see if I can keep the pilot lit.
***
Here's a passage from Michael Chabon's Maps and Legends that recently took my breath away: 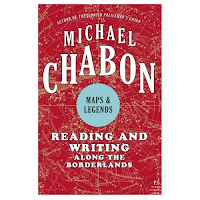 "I could adduce Kafka's formula: 'a book must be an ice-axe to break the seas frozen inside our soul.'  I could go down to the cafe at a local mega-bookstore and take some wise words of Abelard or Koestler about the power of literature off a mug. But in the end - and here's my point - it would still all boil down to entertainment, and its suave henchman, pleasure. Because when the axe bites the ice, you feel an answering throb of delight all the way from your hands to your shoulders, and the blade tolls like a bell for miles."
At first I wanted to say, Wait!  Entertainment and pleasure aren't everything!  What about insight?  Then I realized even insight is a reward once-removed:  insight brings exhilaration, which is, in the end, just another form of pleasure - which the language in Chabon's sentences definitely inspired.
Oh, to write like Chabon, or McEwan, or Kingsolver.  At the conference an idea was brought up about mastery: the idea that 10,000 hours of practice are required before a person can claim expertise at something.  Why do I have the feeling that good writing is different, somehow - a little more precarious?  I do think writing more makes you write better, but not necessarily with greater ease, if Hemingway's statement about sitting at a typewriter and bleeding is any indication! I guess that's what keeps people who love to write both challenged and inspired.  The quest for that "truest sentence" never really ends.
Posted by T. at 4:25 PM

Was your workshop in Boston? I really wanted to go but couldn't. Sounds like you're glad you went...was it worth the $ and time? Thanks, RuralObGyn PS: Like your work!

Hi, RuralObGyn = yes, it was the Harvard CME course for physician-writers held in Boston. Because I know so little about the nonfiction industry, the conference was definitely worth the time and expense for me. I learned SO much and met some terrific people. Thanks for the encouragement!

Hey there,
What a great blog you have here! It was awesome hanging out with you at the conference and I'm wishing you all the best as you embark on this tremendous journey as a writer!
I just created my identity on here and will be adding you to my blogs that I follow...once I start one, please add me!
Talk to you soon...

Your writing style and eloquence certainly makes it easy to understand your desire to write. I've harbored the same desires for many years, but haven't been able to make a true effort...at least thus far. I'm hoping that at some point I'll attempt some form of publishable work. In part, I think that's why I keep a blog, even though it's completely private at the moment. A chronicle of journeys, frustrations, my thoughts, that might some day come to use. At least in these avenues we'll have some way of confering our thoughts to our children, who may not understand what we do daily.

Good luck, and I hope the zeal continues.

T., if I may be so bold, I want to address your angst and presume to say it sounds like a doctor's credentialing hang-up kind of thingie to me. That and stage fright. There's always a good reason not to take the plunge because we all have heroes whose talent and achievements we can never hope to approximate... blah blah blah!

Turgenev, Joyce (med school drop-out), WCW -- to name three. Medicine and writing are a great combo. I think part of the reason is that doctors tend to: (1) have terrific observational skills, (2) cultivate insights into human behavior, (3) be smarter than the average bear, (4) be precise in thought and in use of language, (5) have very good self-starter work ethics, and (6) have big egos.

Many years ago I took a writing workshop in which the teacher quoted someone who said, "Writers are shy egotists." Blogging is a great way to put your toes in the water. Come on in, the water's great!

Love your blog. Just delurking to point you to another blog "Rickety Contrivances of Doing Good". The author is (and I quote) "SF/fantasy writer. English professor. Episcopalian. Licensed lay preacher. Volunteer ER chaplain (but not clergy)." who is interested in narrative medicine.

Link to her posts tagged with narrative medicine.

I'm jealous. I started to love writing only when I started blogging. There are many times I wish I could go back to my writing courses in college. There is certainly a need for good writers who truly understand medicine.

RAG - thanks so much for the encouragement. I've had the same hopes thinking about my kids; I do hope they are someday interested in reading some of this, if only to know how ardently I love them in private as well as in their presence.

Transor Z - not sure exactly what you meant by "credentialing hang-up;" if you're referring to my applying to med school instead of choosing to be a writer exclusively, it was truly a practical decision. Medicine school just seemed like a more reliable way to make a living (and I wasn't interestedin law school, engineering school, business school, academics, or an office job - though I would have considered some kind of international job that had to do with history or literature!). But the anxiety of not being a good enough writer is certainly there too - you're definitely right about that.

Anonymous - thanks for the tip. Will check it out.

Dr. Rob - I've certainly always thought of you as one of those "good writers who truly understand medicine!" Thanks for stopping by.