It's my three-year Blog Anniversary! 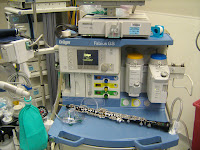 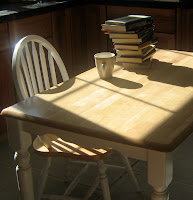 SOMETHING LITERARY
This is from a Facebook meme I found amusing. If you feel like it, share your version. Also works with movie titles and song titles.
"You Are What You Read": fill in answers to the following using book titles only (name the author in parentheses).
Describe yourself: A Moveable Feast (Ernest Hemingway)
How do you feel: A Separate Peace (John Knowles)

Describe where you currently live: A Tale of Two Cities (Charles Dickens)
If you could go anywhere, where would you go: Dancing in Petersburg (Mathilde Kshchessinska); or, The Most Beautiful Villages of France (Dominique Reperant)
Your favorite form of transportation: A Room with a View (E.M. Forster)
Your best friend is: Iron and Silk (Mark Salzman)
You and your friends are: The Complete Peanuts (Charles Shultz)

What's the weather like: Clear Light of Day (Anita Desai)

You fear: The Sound and the Fury (William Faulkner)

What is the best advice you have to give: Don't Sweat the Small Stuff (Richard Carlson)

Thought for the day: French Women Don't Get Fat (Mireille Guiliano); and, Their Eyes Were Watching God (Zora Neale Hurston)

How I would like to die: The Sweet Life in Paris (David Lebovitz) 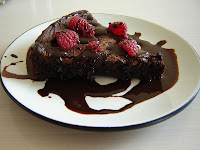 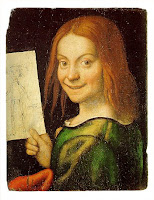 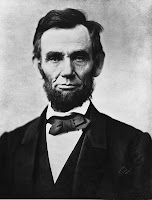 Mona Lisa (I don't buy it)
SOMETHING MUSICAL
First, I give you a little background oboe music by Stravinksy, written when he was 25 and, I guess, in a sweeter/more lyrical mood than his later work expresses.

I also give you this tongue-in-cheek quote from one of the best oboe-related articles I've read recently, entitled "The Supreme Court Could Use An Oboist." Written by ex-oboist Meghan Daum (though, as she points out, "once an oboist, always an oboist"), the article explains why Judge Diane P. Wood would have made a great nominee to the Supreme Court (hat tip to Elaine Fine for the link to the article in the L.A. TImes from which it came).

"...Speaking for myself and so many others in the oboe community, I don't think it's an overstatement to suggest that even if Wood had no judicial experience at all, even if she'd never even gone to law school - heck, even if she were a fifth-grader squawking out 'Ode to Joy' on a plastic Bundy - she'd still probably be more qualified for the Supreme Court bench than anyone else in the pool. Why? Because oboists may vary talent, discipline, ethnicity, gender and taste in unfashionable clothes, but we all have one thing in common: We're just about the most judgmental people on the face of the Earth. Ergo, one of us should sit on the highest court in the nation."

LOL.
Hope you've enjoyed this little "blog party" I put together for Blogiversary 3. Thanks for being here!
Posted by T. at 1:40 AM