Not My Best Moment: A Career "First" 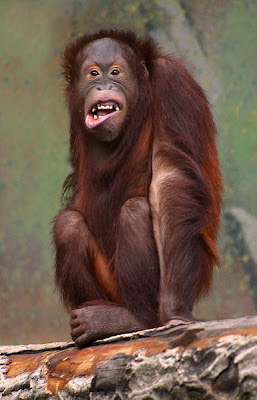 In the heat of battle, when things are really tense, stuff sometimes just happens. I think there is a difference between raising your voice during a critical moment vs. routinely yelling at people.

The important thing is that apologies were made, yes?

And I would hope the people who know you and work with you can recognize that you wouldn't raise your voice unless you really meant it or were really pushed to the boiling point.

I hope you also will have a word with your student. From time to time, there are inevitably going to be these moments in the OR and it would probably be good for him to have an understanding that it's not meant to be personal.

But you're right... I always regret losing my temper too, even though it happens pretty rarely.

You are too nice! I didn't think she deserved an apology. As a nurse in the OR she should know the protocol. If anything, she should have apologized to you for barging in loudly during intubation.

MMT - I have to admit, I actually totally agree with you. If it had really been a case of lost temper, I think the apology would have been mandatory, but I felt at the time, and still feel right now, that I was barking out an ORDER. Not a request. An ORDER.

What I was apologizing for was that I felt I had to do it without a shred of social decorum. But now that the dust has settled I find myself still thinking that if anything, as you say, the woman I hushed up should have had more respect for, and paid more attention to, what was going on in the O.R.

Sometimes I think the pendulum has swung too wide in terms of "equality" in the workplace. I have always strongly believed anyone should be able to make a valid point or objection or raise a safety concern, and be LISTENED to, but I also think the pecking order exists for a reason, and there will be moments when we can't all be buddy-buddy in there. There are always going to be situations in which a person's expertise makes them the highest "ranking" person in the room, and in those cases people need to PAY ATTENTION and do what needs to be done. It's not a "please, could you" or "would you mind terribly doing X" kind of situation.

That said, I don't typically yell at people at work, so I still felt bad having play General or Admiral or Commander or whatever your favorite military analogy would be.

And Anna - the only apologies that were made were mine. As my boss said when we discussed the incident, "Some people just aren't teachable."

So maybe I'm not so nice. Or maybe you're right, MMT, and I'm often too nice. Or both. I go back and forth. Maybe my husband has it right: he tells me that I'm a good person, but that I also "have an edge." All I know is that I'll be fiercely protective of my patients until the day I retire.

"All I know is that I'll be fiercely protective of my patients until the day I retire."

And how lucky your patients are that you are so dedicated to their well being.
Personally, I think that nice people with an edge are ideal. They are easy to work with yet respected enough to be, well...., respected.

Thanks, MMT - I appreciate the support from someone who knows the O.R. so well from the inside!

You're right, it was an order. An order is different than a request, it is something that has to be complied with RIGHT NOW, with no option for personal preference or desire or room for hurt feelings. Just a requirement for immediate obedience.

The nurse (btw, what was a front desk (ie, street clothes/unscrubbed) nurse doing in the OR anyway?) was out of place, out of line, and as you said, was interrupting a life-critical task that had to be completed for the patients well-being. Her barging in like that is symptomatic of a lack of understanding what happens in an OR: What if she had barged in as a surgeon was (say) harvesting a heart - one slip and there goes the SA node, or a neurosurgeon working inside the calvarium...your procedure may not have been quite as dramatic but the point holds.

Anything that the nurse had to say that was critical (ie, life-threatening) should have been relayed over a PA system or life-safety warning system (the building is on fire or whatever). Anything else could have waited and should have been preceded with 'Excuse me everyone' AFTER she determined that nobody was talking, better yet after she was recognized by the surgeon or you and asked the problem. Just as she didn't have time later to talk to you, you didn't have time then for her announcement.

As an EM attending, I often will call for quiet just as you did, and for more reasons: Intubating, auscultating, sometimes just to get a moment of quiet to think when a patient is in distress. We understand the necessity of it...and everyone does it, including techs and nurses, it's a privilege that goes with working in the ED - and should in the OR as well.

Finally, if she is so insensitive and yet thin-skinned that being told to be quiet in an OR is distressing to her, she's obviously in the wrong profession, or at least the wrong branch of nursing.

Fidel, I so appreciate your conscientious comment and how well you understand these clinical situations. Thank you very much for taking the time to be here.

I agree with other contributors. You didn't need to apologize to the nurse. She should have known what was going on and should have been aware enough to notice. She should have apologized to you for interrupting you during a very critical time. Unfortunately, as you said, those in the room become too cavalier and forget how critical that moment is.

there must be hierarchy in theater. i think you were totally within your bounds. i too would have apologized afterwards, but if the phone was put down in my ear i would have been fighting mad. well done to you for driving your apology home. maybe the difference between a surgeon and an anesthetist?

Bongi, thank you. I WAS fighting mad, believe me. But I also wanted to do right by our profession, and by my own code of conduct. I'm sure you would've done the same! :)