Tales from Saint Boonie's: One of the Gang (a fictitious true story) 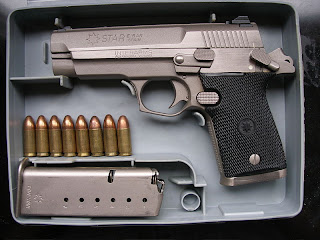 "You don't deserve to live."
There's rage on his face. Rage and outrage. How dare you diss me, it says. Me. ME! He pulls out a handgun without a whisper of doubt or hesitation. Not a whiff. I will not be loathed. The thought comes not as a bunch of words - he has little use for those - but rather as an overpowering urge, strong and sure as his own heartbeat. And with it comes the dark satisfaction of his own hatred - the certainty of it, which lends steadiness to his hand - and a certain smug pleasure in his own entitlement.
He shoots the other teenager twice, then snickers as the boy's body falls against the steering wheel, the deep brown skin of his neck now staining purple with a wash of blood.
You don't deserve to live. Those words hadn't crossed his mind, exactly, when he'd shot at other people. But he knew well what feeling them felt like - the weighty power and intoxicating sense of justice they gave him, almost palpable across his chest with every breath he took, like armor, a breastplate to be respected. No one had the right to diss him. No one. And no one would dare. He would make sure of that.
***
The radio in the emergency department at St. Boonie's crackles. Personnel are already scurrying to get ready to receive an ambulance en route with a seventeen-year-old shooting victim. Fragments of conversation between the E.D. nurse and the paramedic on the radio are audible above the hubbub. GSW to the chest...Copy that...What's your ETA?...Five minutes...Thank you, St. B's...
As doctors and nurses swarm around the patient to try to attend to his injuries, a boy of about fourteen bursts into the emergency department demanding to be allowed near the patient. He's screaming at the top of his lungs that he's going to finish the job. The patient had shot his brother while his brother had been sitting in a parked car. The boy is using foul language and gesturing violently with one hand; the other he keeps stuffed into the pocket of his jacket. He threatens the staff and all who try to come near him.
"Scumbag," mutters a woman in scrubs, safely out of earshot. "Worthless animal scumbag."
***
The storm passes without further harm done. Conversation in the break room is tense. Bitter. Like the dregs at the bottom of the coffee pot that's been sitting un-refilled all day.
"I think those pieces of sh__ should just curl up and die. They wanna kill each other? I say let 'em."
"Oh, you're no fun - then they'd have to spend your taxes on something that might actually HELP society."
"Those people are beyond useless, man. They're a waste of space and oxygen. No, lemme take that back. A lazy lump on the couch is a waste of space and oxygen. THOSE people are WORSE."
"Yeah - they exist just to MAKE life miserable. Not better, not neutral, MISERABLE. Worthless, worthless, worthless."
The undercurrent is clear. There's resentment there - lots of it. Even hate. And it isn't hard to understand. Why wouldn't anyone feel inexpressibly frustrated? Angry? Not just angry - enraged. Enraged and outraged. Not hard to understand at all.
We've all felt that way at one time or another, especially in health care. That our efforts are a futile waste of energy. That our patients don't even deserve the help we're working so hard to give, so why on earth bother?
We're entitled to those feelings. Aren't we?
We've all felt the feeling, if not thought the thought.
You don't deserve to live.
In a way you have to wonder how different we really are.
________________________________________________________
The real-life St. Boonie's hospitals, though situated in "the boonies," do on occasion have to deal with local gang violence. Although at one of the hospitals there was a time when members of the staff were indeed threatened by an angry youth, the above scenario is essentially fabricated - an exploration of the ambivalence and occasional hopelessness we face and experience in our day-to-day work. This post is fiction, but the issues it's trying to grapple with/meditate on are very much non-fiction. I aspire NOT to be so bitter as to resent the patients whose life choices make me cringe, and intellectually I know we are called to rise above such judgment, but I'll be the first to admit that I don't always have an easy time practicing, or even sometimes continuing to believe in, some of my own ideals. I think I may not be alone in this, though...And I also think that on the whole, we who choose to take care of others for a living try our best to really stick to our duty and be of real help and service, despite some of our inner struggles.
Photo credit: Firestar handgun by MJCDetroit, GNU Free Documentation license.
Posted by T. at 5:43 PM

This is brilliant. Have you considered writing fiction?

Thanks so much, Julie.

I'd LOVE to write more fiction...

...but I think it's one of the hardest forms of writing to do well (surpassed only by poetry, to my mind...the tighter the form, the more difficult)!

Powerful content. Engaging story. And I think you should write some more like that as well...very nicely done.

I appreciate that, RAG. Thanks!

I try not to be judgmental, really I do. And I certainly don't let my feelings affect my care, at least I don't think I do.

And yet, even though I know I shouldn't, I often find myself asking why it is that we bother with some people. It seems that saving the lives of career felons is somehow counterproductive, like all we're doing is setting fire to huge piles of money and then setting criminals loose to prey on others.

It's just one of those things I struggle with, I guess. Very well-written post, Dr. T.

Thanks so much, Keepbreathing, and as for trying not to let personal feelings affect our work - I know what you mean! Boy, do I know it. I have absolutely no doubt that you continue to provide stellar RT care regardless of the very natural frustrations that come with some clinical situations.

I think we all have the same feelings as we tackle these issues, and can all relate to many different sides of them. For us who are on the health care side, the frustrations can be truly intense, as you wrote about so vividly too. I do believe it's a struggle, for all of us, and a tough, complicated one, all around.

Sigh...I guess we just have to keep focused on duty and our good intentions, and do our own best, whether or not we can see if any good comes of it...

Thank you for writing so well and telling such thought-provoking stories on your blog.