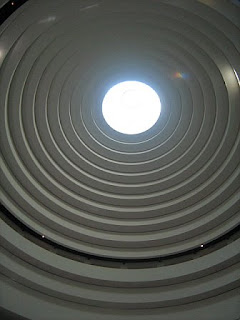 I agree that there should be no name calling on either side. I don't think you should be required to give up your conscious any more than anyone else. What I worry about T is pharmacists in small towns who might refuse to fill BCP scripts or who might refuse to care for someone who is homosexual because they don't approve of that person's choice. Those "unforeseen" consequences of the Conscience Rules trouble me more than the obortion choices or refusals to participate in.

And if you/I don't want to participate in medical care due to conscience, should you/I be protected if we don't take make sure the patient is seen by someone who might. How far does the protection go? If I won't take care of said person, does it offend my "conscience" to send them to someone who would.

You write so well and I am truly glad you have the freedom to speak up. Amen to that freedom.

Excellent points, Ramona, and I have the same worries. I thing it's completely WRONG to refuse to care for someone who needs medical care. Period.

I think problems arise in people's minds because of different understanding of what the words "medical care" mean. I can't imagine any reason a homosexual could validly be refused treatment. Those who vehemently, categorically oppose abortion, though, are unable to conceive of abortion as "treatment" and therefore cannot wrap their minds around it being included in the category of "medical care."

Pharmacists have no right, as far as I see it, to fail to dispense a medication legally prescribed by a qualified practitioner. That's one profession in which perhaps I would agree it's harder to "recuse yourself" once you're already in practice and perhaps a thorough discernment of the responsibilities beforehand is best. For physicians it's a little easier to avoid specialties in which one might be required to provide services out-of-keeping with one's beliefs - there are so many possible specialties to choose from.

As for your wise warning about the slippery slope / how far the protection goes: it's true, if you wouldn't do something yourself, it might be hard for some to justify sending a patient to someone else who would. But it's also wrong, I think, to take away someone's agency if he or she has made a firm decision and the choice then becomes carrying out that decision safely, competently, and legally versus in an underground clinic with sham practitioners under sketchy conditions (I saw a cop/forensic show on TV in which an example of the latter was sex-change surgery in a basement in which the patient died of hemorrhage.)

None of this is easy. I guess my bottom line is that I don't want someone forcing me to go against my conscience, but I also don't want anyone (including me) to use his or her conscience as an excuse to trample over a patient's rights.

Another great post and thoughtful follow-up, with your customary style and substance. You continue to amaze...

T., wonderful post. This has special resonance for me as an attorney. We don't talk about doctors refusing patients or treatment requests -- that are otherwise legal -- nearly as often as we talk about attorneys representing persons or corporations who are "obviously guilty," "despicable," "monstrous," etc.

Whereas the value of compassion is emblematic of doctors, not so much for my much-maligned profession. "Pragmatism" is probably more like it.

You might be interested to know, however, that the Rules of Professional Conduct permit attorneys to express their moral qualms to clients. The client is nearly always the boss, however -- and rightly so -- but professional ethics do allow for the possibility that unresolvable moral conflicts will occasionally develop.

Setting aside doctors and lawyers, how about conscience and CPA firms auditing/advising companies? Someone said a civilized person is one who can look at a column of numbers and weep. How often do we hear about accounting firms refusing clients because they have moral problems with the way they (legally) move money around to the detriment of employees, the environment, the betterment of society? Maybe never?

All too often, our free capitalist society has a term for persons of conscience in the professions -- "not a team player."

This is such an important topic, T., for so many reasons right now, as we watch the terrible chickens come home to roost. As rlbates said above, there are certainly unforeseen consequences to allowing professionals to subordinate client/patient decisions to our consciences.

Hear hear!
Takes a strong person with integrity and character to be able to honor own views but also respect others.

Props to you and thanks for an insightful, humane and well written blog.

Kolla, thank you very much!

Transor Z - what wonderful insights (and challenges) from other fields. I'm so glad you brought them up.

Brian - I know you're biased, but thank you all the same!

Thank you for a well written and thoughtful post.

It is not right for anyone to force their beliefs on others, whether that is a doctor on a patient, a teacher on a pupil, or one country on another.

If you are finding that your line of work or an activity that you are doing clashes with your morals and beliefs, then, by all means move away from that line of work or activity. But please don't tell me what to think or believe, or presume that you know what is best for me and my life.

I think that also goes for patients on docs, or docs on other docs...

Professional: ... (2)"exhibiting a courteous, conscientious, and generally businesslike manner in the workplace." Conforming to a code of ethics in a learned profession is also part of the definition.

The original Hippocratic Oath covenanted with the deity/deities and forbade euthanasia and abortion, yes? Obviously, no such moral consensus exists in our society today.

I think what we're seeing now is the aggregate result of a secular money-worshipping business culture run amok across all professions.

True enough to say it isn't right for doctors to impose morals on patients, but we also have to live with the consequences of telling doctors that their subjective morals are not welcome in the workplace.

That's what hospital chaplains are for, I guess. And besides, religion and sacred oaths are so un-scientific! ;-)

I am a pharmacist & the comments by ribates & T. are offensive to me since they have not kept up with conscious rules of ethics. ANY health care person has the ability to exercise their conscious & in my field of pharmacy, this has been clarified & actually enacted into law. If you are remembering issues from the past - those have been resolved!

In my field, a pharmacist may choose to not dispense a drug based on conscious, however, that applies to ALL uses of the drug & is determined by a written & signed conscious statement at the time of employment - not at the time an rx is presented. So, if someone chooses not to dispense misoprostol for cervical ripening, that same pharmacist cannot dispense it for stomach protection along with NSAIDS. It is not a case by case issue, it is a drug issue & applies to ALL cases, labeled & non-labeled in which that drug might be used. Along with that ability to exercise that option, the pharmacist must always know another pharmacy within "reasonable" distance who is willing to dispense the medication. If that is not possible, another pharmacist will come in to dispense. These mechanisms are all in place at each & every pharmacy - BY LAW. Small towns which have fewer pharmacies are protected & have mechanisms in place for referral or transfer of rxs so there is no patient who is left without care.

Now, for the statement that "a pharmacist has no right to fail to dispense a medication legally prescribed by a qualified practitoner" - that is absolutely not correct and against all pharmacy laws. We refuse to dispense all the time. I average 1-2 rxs per day that have something wrong with them - dose, strength, directions. I also refuse to dispense to a non-English speaker who has an rx for a child with difficult directions. They are referred to a pharmacy who has an employee who speaks that language. If I blindly dispensed them, I would be found negligent. Likewise, we are constantly bombarded by drug seekers who will find someone who will write an rx (or steal a blank & write it themselves). I get 1-2 a month when a physician has been suckered into writing for a CII-III only to find out someone else wrote the same thing the previous day. When contacted, that "qualified prescriber" will actually cancel the rx. I also refuse to dispense a controlled drug a prescriberr writes for him/herself - that is against the law.

So, please, while you are giving all your colleagues in medicine the respect they deserve, please give those of us in other areas of healthcare the respect we deserve. Many have heard headlines, but don't follow up on what happened becasue of those headlines. Unless you are a pharmacist, please don't make assumptions about my field of practice!

Anonymous pharmacist - I stand corrected. My comment about a pharmacist not having the right to refuse dispensing a drug was hastily written and poorly thought-out. What I was thinking at the time, but failed to articulate explicitly, is that if a medication is prescribed APPROPRIATELY, LEGITIMATELY, and with no foreseeable major dangers and interactions, by a qualified doctor, then there is NO REASON not to dispense it.

But of course we all rely upon competent, attentive pharmacists to catch dosing errors that might be missed, social situations the prescriber might not be aware of, and possible adverse reactions or interactions, and when those occur, OF COURSE the medication should not be dispensed without adjustment or clarification.

I think what I was thinking was more along the lines of refusing to dispense legitimately prescribed drugs, not for SAFETY reasons, but out of personal discomfort - for example hormones for gender reassignment. But if, as you say, pharmacists have similar options for referral to other pharmacists or pharmacies as physicians do to other physicians, then perhaps this is a moot issue. Admittedly I don't know enough about the practicalities to judge.

Thanks for sharing this. There have been recent developments in Australian law in certain states (Victoria, with Queensland expected to follow) decriminalising it and restricting "conscientious objection".
There are few more contentious areas in medicine than this one, and often the patient sadly gets lost in the middle of it. I hope your patient (or series of patients) recovered.

Very well spoken...very enlightening to hear your point of view...thanks for linking to this--you are such a great writer!