The Man Who Came To Dinner 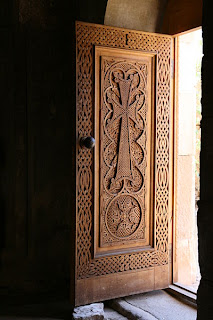 The doorbell rang unexpectedly after dinner. An old family friend was there, a Spaniard who had moved to the Philippines at the age of five - someone we were delighted to see. My father invited him in, and when we realized he hadn't eaten dinner yet, we insisted he sit at the table with us to dine.
As usual there was an exchange of hilarious stories and jokes, retold by our friend in his inimitable, humorous way. Our friend is funny and kind and full of life.
At some point in the conversation my father asked, "Have you been back to Santa Ana recently?"
"Just the other day, in fact," answered our friend, "though I've avoided it for a long time. I was tortured there by the Japanese. I finally went back to find the exact place where it happened."
He said it so simply that at first I wondered if I'd heard him correctly. We were stunned by this revelation and completely riveted as he recounted, after 65 years of silence, how as a young boy of fourteen or so, during the Occupation, he was taken by a group of Japanese men who, because of his blue eyes and fair skin, insisted he was an American. They pinned his arms behind him and repeatedly used their hands to cover his mouth and nose until he passed out. Eventually they got tired of suffocating him over and over. He awoke feeling something warm all over his body and realized his torturers were urinating on him. They then threw him into the Pasig river, assuming he would drown. He swam to shore, went home, cleaned up, and never spoke of the ordeal to anyone. "¿Para qué?" he asked us rhetorically. What for?
"But you know, it's time to talk about it. I want to write about it," he said.
I hope he does. I think those who know him would be more awed than ever by his creative life, his capacity for joy and gratitude, and, despite the nightmares that cause him to cry out at night, the way he's been able to avoid getting stuck in the role of wallowing, self-pitying victim. Those who don't know him would receive the universal gift of a good story told: a new way of seeing something. And for him, perhaps the telling of this story will help a healing process that must have spanned almost his entire lifetime.
*** 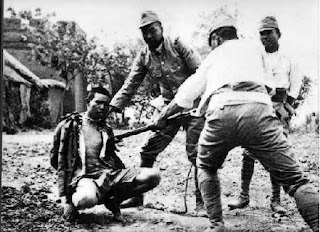 The DSM IV Criteria for Post-Traumatic Stress Disorder comprise a fairly long list of possible symptoms, but I found this summary by Dr. Frank Ochberg useful:
"PTSD is three reactions at once, all caused by an event that terrifies, horrifies or renders one helpless. The triad of disabling responses is:
-recurring intrusive recollections;
-emotional numbing and constriction of life activity; and
-a physiological shift in the fear threshold, affecting sleep, concentration, and sense of security.
...Victims of human cruelty (as opposed to victims of natural disasters) experience additional emotional difficulties which are not listed in the official diagnostic manual and are not part of PTSD. Foremost among these is shame. Although violent criminals should feel ashamed, they seldom do. Instead, the victim who has been beaten, robbed or raped is humiliated. This person has been abruptly dominated, subjugated, stripped of dignity, invaded and made, in his or her own mind, into a lower form of life."
If you or someone you know might be suffering from post-traumatic stress disorder, or are living with consequences of a traumatic event that may not fit into the diagnostic criteria for PTSD, please don't bear the burden alone. Please tell someone your story, and get help.
Posted by T. at 6:00 PM