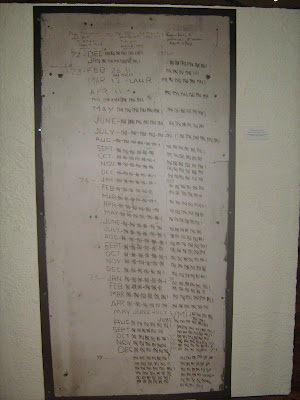 Usually when tyrants are overthrown and democracy is restored to a people formerly living under martial law, there is bloodshed. 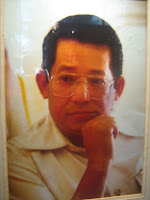 In the Philippines, blood was shed by one man: my mother's cousin, Benigno Aquino, Jr. - "Ninoy" - who was assassinated when he stepped off the plane that had brought him back home from exile.
His death became the rallying cry that united our nation and inspired the nonviolent "People Power Revolution," during which people joined hands in prayer, linked arms, and faced army tanks coming toward them. The tanks came to a halt without hurting a soul. Ferdinand Marcos was overthrown, and Benigno Aquino's widow Corazon Aquino was elected first woman president of the Philippines and inaugurated a block away from my childhood home.
Today we took our children to the Aquino Center in Tarlac so they could learn more about the family member who is considered the greatest Philippine national hero since Jose Rizal. 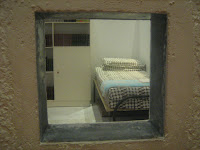 We learned about how he was "disappeared" by Marcos and placed in solitary confinement for years. We saw a replica of the wall on which he ticked off the days of that imprisonment, which brought him to the brink of despair. He was protected from losing his soul entirely, I think, by two things which in his restricted world were closely related: writing and prayer, the latter particularly fervent, intense, and deep. 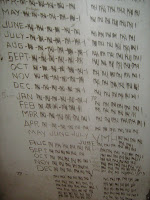 We read his letters and poems, looked at photographs of his life and death and family, and were moved to tears at the sight of the stained clothes in which he was killed. My daughter in particular was heart-broken over the tragic story and its very real, tangible artifacts. I found myself "going medical" on her when she asked why there was so much blood on his shirt. The logic of physiology sounded so woefully useless in the context of the story behind it, but I do think it helped relieve some of her bewilderment and shock - though not much. We cried. 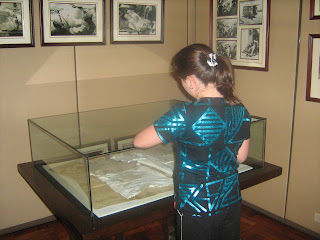 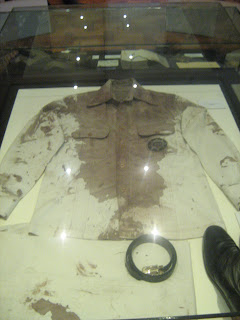 Over lunch I encouraged her never to take her freedom or democracy for granted and discussed with her why it's so important for her to exercise her right to vote when she comes of age. She has already been engaged in the political process and made an effort to be informed of both historic and current events. I hope both of my children always remember what a gift it is to be free, and I hope they can keep their hearts open to the courageous spirit that shone through those who came before them. 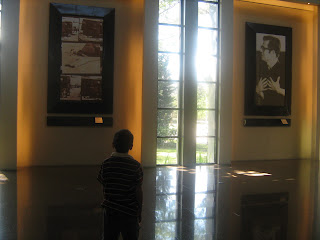 Powerful posts coming from your trip. Lots of history. You should definitely win the literary award - moving.

Thanks for the sentiment, RAG.

I was very moved when you described getting "all doctor" with your daughter, only to end up with her in tears. I think that will be a memory of her mom that she will appreciate more and more as she gets older.

Wow. That is an amazing post - thank you so much for sharing.

It's good to know that you're teaching your children the value of freedom; and that it should not be taken for granted. I, too, was saddened upon seeing the bloodied safari jacket and bullet-proof vest of Ninoy during my trip in the museum last year before I left the country. Despite the aftermath that reflects on Ninoy's clothing, it's a powerful reminder that a man's willingness to sacrifice his life can invigorate a nation crying for freedom.

It's also nice to know that Ninoy was your mother's cousin...since Ninoy was also my father's "not-so-distant" cousin (3rd degree). Also, feel free to visit my YouTube channel that's dedicated to Ninoy (youtube.com/NinoyAquinoTV) if you have time.