Father's Day Thoughts from Behind the Blue Drape 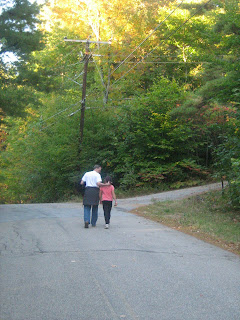 As an anesthesiologist I am privileged to witness some things that few people, except in the most intimate of times, have the opportunity to see.
One of those things is a father's tears.
When do men stop crying, or feeling natural about crying openly? I've been trying to figure that out as I watch my little son grow not-so-little any more. As a baby he cried when hungry or uncomfortable. As a toddler he cried when he lost something or broke a toy or couldn't find one of us. Now, as a young child, he cries when frustrated or disappointed or afraid or hurt. He also cried when Mimi died at the end of La Bohème. Much like his older sister. No gender difference at all, yet.
But at some point men learn to suppress the tears. Are the feelings underlying those tears blunted too? Perhaps sometimes, but I would bet not. Does this transformation - would some call it maturation? - happen some time in puberty or adolescence, when it's "cool" to be all grown up, in control, unruffled by trouble, when strength and control are understood as prerequisites for manhood?
The most genuine men I know, and the most admirable, are those who have the courage to share their feelings, even their tears.
I recently brought an autistic boy and his father into the operating room for tonsillectomy. I always warn parents ahead of time that as the anesthetic takes effect, they might see some abnormal-looking movements, rolling of the eyes, and finally the body going totally limp, all of which can be disconcerting if unexpected. When I talk to the kids, I bring my face, often my whole body, down to where we can be eye-level with each other, and I sometimes let them and their parents hold the face mask ahead of time, explaining to the kids that it's a magic mask that can make them feel sleepy.
This particular boy and his father did beautifully, and the induction of anesthesia was smooth. As the boy went limp I had the nurses help me take him off his father's lap and lay him gently on the operating table. I positioned myself with my left hand on the oxygen mask and my right on the ventilator bag and invited the dad to kiss his son's left cheek while I turned his head. The father bent down and kissed his boy, and as he stood up to go, tears welled up in his eyes and started flowing down his cheeks. I thanked him for helping us and promised I would be right by his son's side.
When I was at Children's I was asked to take care of a young girl from a different country, one for which I had a preconceived notion in my head. My prejudiced expectations were that men from this particular country would value female children less than male children and would not be outwardly expressive of their affections with their relatives, male or female. I had a stereotype of misogyny and reduced emotional expression stuck in my mind.
I met with the girl's family to explain the anesthetic and her expected post-op course. Her parents listened quietly, nodding once in a while. I reassured them that we would take good care of the girl, who was about ten or eleven. As I turned to leave, her father started to cry.
"She will be in good hands," I said to him.
He nodded, unable to speak, his face crumpled with grief, as the tears streamed down his face.
"Thank you, Doctor," his wife whispered, also appearing distraught, on the verge of tears.
Bless these fathers, and all loving fathers who through their tears make such a difference and change the world. 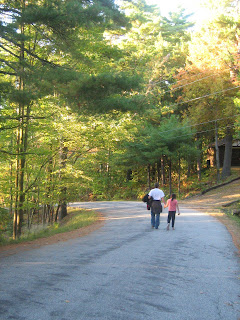 I'm starting a list of memorable fathers in literature. Here's what I have so far:
Atticus Finch in Harper Lee's To Kill a Mockingbird (of course!).
Reb Saunders in Chaim Potok's The Chosen.
The father whose child is a patient in Mark Helprin's short story Elisha Hospital.
The Chinese father in Mark Salzman's memoir Iron and Silk whose love for his daughters has to be expressed in stolen moments.
King Lear.

The Man in Cormac McCarthy's The Road. (Suggested by Kathleen on the comment board.)
Hector in the Iliad.
Posted by T. at 11:36 AM

What a beautiful post. As the mother to 4 (3 boys) I think the best thing my husband ever did is let his children see that he loves them and that he is not afraid to cry.
I am intrigued about the literary fathers, how about the father in The Road. What an ultimate story about a father's love.

I have to admit, I have not yet read The Road. It sounds incredible...and dark (as one would expect). I'm a little afraid of Cormac McCarthy's visions. But I also know he's a Pulitzer-Prize winning genius...so maybe I'll get up the nerve to read it. Though it might have to wait till my son's no longer a child...

Wow, another thing we have in common. I love Chaim Potok's writing. I've read everything he's written. Of course, C.S. Lewis is everyone's favorite, don't cha think? Check out some books by Elizabeth Berg. You may enjoy her. Start with "Talk before sleep", or "The art of mending". I think you'll like them. Kathy, from Michigan

Thanks for those, Kathy! I'm just starting to put together my summer reading hopes...