Reflections During the High Holy Days, Part One: Why I'm Still Here 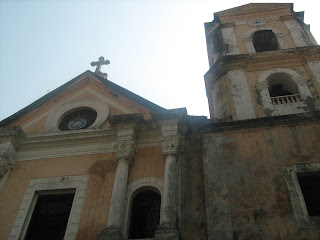 I can truly understand the criticisms of those who feel religions do more harm than good. I don't agree, because I think there often exist in such criticisms a willful neglect of the good inspired by so many faiths, but I can definitely see the harm people can do in the name of their interpretations of their own religions and why the bitter opinions arise.
I'll be the first to admit that of all the times I've ever felt like rolling my eyes at, taking by the shoulders and shaking, or feeling totally embarrassed for the Catholic Church, this current period ranks right up there with any number of historic moments people have pointed to ad nauseum as evidence for why the institutional Church sucks.
And I can understand why Christians in general, not just the Catholic ones, can be a real turn-off. Who wouldn't be frustrated by a group that seems, despite a Messiah who taught, "Do not judge," to be comprised of some of the most judgmental people on the planet?
Then there's Islam. The religion of peace if one looks at all my wonderful Muslim friends and colleagues, but just the opposite if you're choosing to look only at Islamists: the misguided militant, the suicide bombers in Russia and the Middle East. If it's hard to be a Christian in today's world, it's probably even harder to be a true and faithful Muslim.
I have tried to learn about many of the world's religions in an effort to develop my own beliefs, moral convictions, and practices. I embrace the interconnectedness taught in many faiths of the near and far east, but I cannot relate to spirituality that seeks to cultivate indifference or imperviousness to physical realities, relationships, and sufferings, or to distance individuals from the world they inhabit. Archbishop Oscar Romero once said, "The Christian faith does not cut us off from the world but immerses us in it." I related more to that kind of statement of faith than any other. Faith, for me, is a way of seeing the world and living in it, not a set of beliefs. I want my faith to put me in the trenches.
Why, by this time, have I not left this troubled Church, with its frustrating history and frustrating issues and frustrating people?
Part of the answer can be understand by simply substituting the word "family" for "Church." It's home. I may need a break sometimes, but in the end I've accepted an identity that is rooted in the stories, symbols, pains, and hopes of this ancient People.
Another part of the answer is the person of Jesus. I won't go into my understanding of him here - that's a reflection for another day, and perhaps even another blog. But as I've tried to examine how the leaders or founders of religions have lived - not their successors, necessarily, who may have distorted their messages or used power to hurt rather than heal - I've asked myself questions like, Have they valued children and other powerless members of society? Treated women with respect (or disrespect)? Waged war? Regarded human beings as full of worth and wonder? I've concluded that Jesus is still the teacher from whom I want to learn the most important lessons.
So here I am. Still in the fold. Reluctantly at times, and in fact sometimes kicking and screaming and tearing my hair out, but definitely present and participating and trying to make my way. I may not believe some of what other Catholics believe, or express my beliefs in the same way, or even conceptualize Christ or the key ideas of Christian thought the way as many Catholics do, but I have an approach to scripture and an interpretation of Jesus' life that has enriched my own life and work, so for me faith, despite the struggles, has been a positive force.
I've been feeling contemplative lately, more so now that the Triduum is upon us, so stay tuned for "Part Two" wherein I may try to grapple with some questions that are probably thousands of years old.
Posted by T. at 9:38 PM 1 comment: 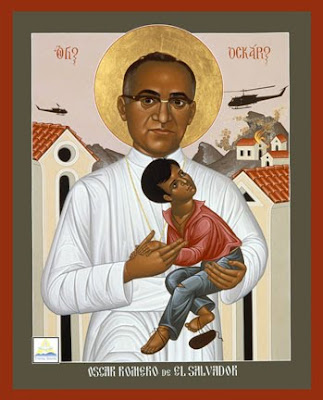 Romero.
August 15, 1917 - March 24, 1980.
Prophet of the people,
voice for social justice, human rights and dignity,
freedom, and non-violence,
killed by an assassin's bullet while celebrating Mass.
Remember him today.
If, like Patricia Hardy of the Texas school board,
you have no idea who he is and what he has done for the world,
learn about him today.
Thirty years later, his light still shines.
May we grow to be worthy of it.
[Icon by Robert Lentz, available at www.trinitystores.com]
For further reading, click here and here.
Posted by T. at 1:45 AM 2 comments:

For those of you who have cringed when I've mentioned awake intubation, here's a video that might make you feel better...or worse...In any case, I think the Massachusetts General Hospital residents are incredibly fortunate to have such a committed and courageous teacher!
(Click here to watch it on Youtube.)
***
Hubby's Birthday Cake
This is the best cake I've ever made, so I want to share all the sinful delight here for posterity (adapted from a ricotta pound cake recipe by Gina DePalma in her book Dolce Italiano):

Top with lemon glaze or buttercream frosting of choice. This cake should be allowed to rest overnight and be served the day after baking because for whatever reason it always tastes better the second day!
Posted by T. at 11:26 AM 5 comments:

Thinking About the First Time 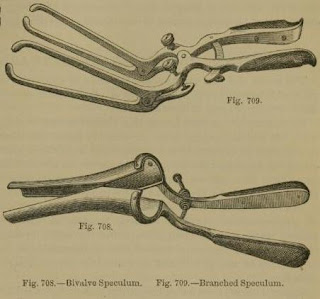 A life in medicine is filled with milestones large and small.
The first time you touch a dead body.
Or hold a human heart in your hands.
The first time you pierce another's skin with a needle.
Or cut it with a scalpel.
The first time you witness a birth.
Or a death.
Your first code.
Your first infant intubation or spinal tap.
Your first solo anesthetic.
Your first job.
Not to mention licensure boards, three different sets.
On top of those, separate written specialty boards.
And of course, oral boards, everybody's favorite.
Recent events have caused me to reflect on the first time I and my classmates performed pelvic exams. As I recall, most of us anticipated this particular lesson with a little dread - at best, some mild anxiety. Physicians and nurses have to do such invasive things - stab people, gaze at parts of them even their spouses or parents have never seen, listen to their secrets, probe the most private areas of body and life. As a woman who has never particularly enjoyed visits to the doctor for a complete physical or to the gynecologist for a check-up, I was particularly un-enthused at having to inflict on even a comfortable volunteer such an invasion of her privacy.
The special instructors hired by my medical school to guide us through the process of examining their pelvic areas were highly trained educators who unselfishly allowed us novices to practice an examination on them that would require, for our patients' sake, our very best in terms of skill, gentleness, and respect. I know I couldn't do what they did - allow myself to be examined and give constructive, moment-to-moment feedback during the exam. I've volunteered my veins for students to practice I.V. insertion - that's about as far as I go.
We were divided into small groups of four, I think. I remember the sound of the speculum rattling as one of the students ahead of me trembled nervously while inserting it. I remember how we giggled nervously when another in the group asked the instructor, "Uh, could you uh, drop your top" and was gently given the feedback, "Perhaps you could rephrase that with, 'could you lower your gown,' or something like that?" I remember thinking how much more comfortable the instructors were with the whole process than I felt, and how embarrassed I was when I let out a surprised "Whoa!" when the woman I was examining did a mega-strong Kegel move while I was doing her pelvic exam.
As with everything in medicine, after a while even the most invasive and intimate action can go from being completely foreign and frightening to being completely familiar and comfortable. Whether I'm the patient lying on the table or the clinician doing the exam or procedure, I have individuals like those pelvic exam instructors during med school to thank for what I or my physician is doing with confidence and competence. I thanked them when they came to school to teach us, but I want to thank them again, many years later. They made a difference they'll never be able to know or see.
Posted by T. at 9:01 PM 2 comments: