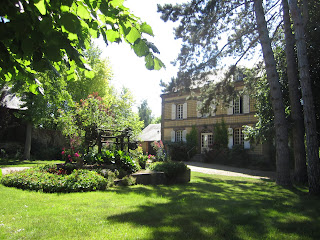 I'm taking a break from early morning starts.
I'm taking a break from difficult airways and back-to-back epidural placements.
I'm taking a break from preop evaluations that make me grimace, or mentally roll my eyes, or make we want to go back home, curl up under one of Ramona's quilts, and take a nap.
I'm taking a break from surgeons who repeatedly have multiple add-ons to their schedules.
I'm taking a break from nurses who think room air is adequate oxygen for desaturating patients, who announce in loud voices that if they were "anesthesia" they'd throw their bodies across the door rather than allow a particular complicated patient to be brought to the operating room, who question my not giving a certain drug without thinking that I might be trying to protect the patient from that drug's potentially deleterious effects, and who in general either aren't comfortable with acute crises or who think they know more than the rest of us do about how to handle them.
I'm taking a break from A-lines and those who might forego using them to monitor the induction of anesthesia in really, really sick patients.
I'm taking a break from the 2 a.m. pages that I get because someone else didn't put in the right orders for a patient.
All those moments are in the past and across the ocean now. Now I am in a time and space of healing and rest. I'll eat food from the garden and listen to music from my son's violin, the chorus of frogs at the pond, the birds and sheep in the meadows. Now I'll inhale the scent of honeysuckle, lavender, and roses all around me, and just be.
Posted by T. at 12:34 PM 4 comments: 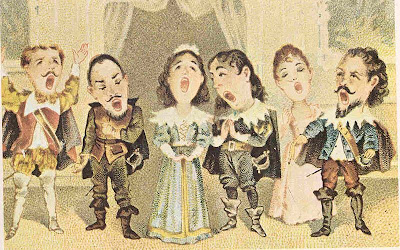 People often seem to think that members of the medical world are excessively preoccupied with, defined according to, and ruled by a status-oriented system. That may have been an accurate perception a generation ago, but I've seen enough surgeons sweeping O.R. floors, attending physicians socializing with interns, and doctors having deep conversations with custodians to believe that "medical people" have matured a little past the old caste systems that governed the hallowed halls of medicine. Not a lot, perhaps - but a little.
I've been busy over the last couple of weeks - overwhelmingly busy, in fact - immersing myself in another world which is full of joy and fulfillment for me but which also surprised me by what it had in common with medicine.
You'd think I was talking about doctors, but I'm actually referring to musicians.
I'm producing a concert that means more to me than pretty much any other creative project I've undertaken, and I've just held some auditions for both the principal and ensemble roles. In the process I've been gently chided for being over-friendly with "V.I.P.'s" (for example, faculty members at music colleges) and surprised by things like a singer's discomfort over the possibility of running into one of his students at our audition. I guess I just don't understand why there's so much lack of humility in these circumstances. So what if your student goes to the same audition you go to? How wonderful that you prepared him well enough to be ready for that!
As for the "V.I.P." thing, well - I have a number of reasons for disliking the whole notion. The first is my background: a grew up in a society in which the line between haves and have-nots was and is as stark as can be. I was born into the side that held the power, material comfort, educational advantages, and prestige, and I saw people lord it over those who didn't, and I hated that and hate it still.
Another reason is my profession: I don't believe in V.I.P.'s on my operating table because I'm going to take care of the disheveled, impoverished vagabond with the same standard and attention as I would take care of the queen of England, the president of the United States, or any Hollywood celebrity. Illness and death remind us all that no one human being is, in the end, intrinsically more powerful than any other; we just allow or prevent the exertion of power by various means. I also use trousers as a reminder: we all put them on one leg at a time; no one's that special.
A third reason is my faith, meaning my view of the world and the human person. The teacher I've chosen to learn my life lessons from taught that I should love each person. Period. That even the so-called least in society are worth the world. End of story. And because that picture of human worth includes me, then I need not look askance at others - either for their faults or disadvantages or for their talents and successes. It just so happens that the concert I'm producing is concerned, at its core, with this very idea, so I was doubly surprised that people would show interest in it but still feel preoccupied with who should be in a place of honor and who lower or higher.
I don't pretend to be immune to insecurities about being good enough, fitting in, or doing well. On the contrary, I've often struggled with such insecurities both in medicine and in my other endeavors. Learning humility has been a journey not about acquiring some kind of false modesty, the kind that leads people to deny their gifts or abilities, but rather about learning to see and affirm intrinsic goodness and good work in others and myself.
Several evenings ago my daughter and I attended a master class given by two amazingly talented, intelligent, artistically generous New York songwriters. We learned so much, not only because the feedback they gave singers and composers was so insightful, incisive, and well-articulated, but also because they offered their wisdom with such genuine humility - with kindness, humor, respect, a clear intention to affirm others' good work and effort, and self-effacing wonder in the achievements of others. I am convinced now that the most effective teachers are those who have the inner security in themselves that comes from genuine humility: the openness to recognizing the goodness of others, and to letting their light shine while sharing one's own light generously with them.
Posted by T. at 9:04 PM 4 comments: