Ironing Out the Teamwork Kinks 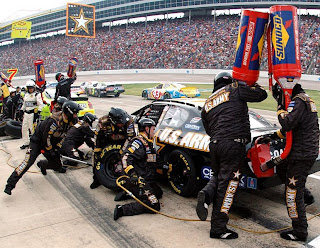 Sometimes it's hard to be the newbie and the one in charge.  I'm still learning.
One of my colleagues was working with a nurse anesthetist and asked me to help with a patient whose airway was very obviously going to be difficult beyond belief.
We were right about that, unfortunately.  I won't go into all the details, but we spent a long, tense time trying to intubate this patient, and we needed to demonstrate some high-performance teamwork.
In the middle of this very tough and very important process two things happened.  When I asked someone on the team to have a particular medication hooked up and ready to administer to the patient, the person refused, saying only that he "didn't want to" do that.  Later I also found out that the same person had temporarily shut off a device without letting anyone know.  Neither action resulted in negative consequences for the patient, but I was unhappy with each of them and knew I would have to talk to the individual about his actions afterward.
When we were wrapping up and the situation had stabilized, the clinician in question noticed I had grown pretty silent and asked if I was upset with him.  Yes, I wanted to say.  I'm totally upset.  But instead I took a breath, put a hand lightly on his elbow, and said, "I'm not upset with you.  But I think there were things that should have gone differently."
He understood immediately and said, "Ok. I'll come find you after so we can talk."
He got the patient settled in the recovery room, than came to join me in the anesthesia office, where I was chatting with another colleague.
"So, what were you unhappy with?"  he asked.
"Well, the main thing is that we were operating without an important piece of equipment for several minutes."
"I know.  I'm sorry - I shouldn't have shut it off."
"It's not that so much as not communicating that to the rest of us.  We were assuming something was there that just wasn't."
"I'll never do that again."
"No, you can do it if you have a reason, but  I want to suggest that we all get into a habit of announcing our actions and echoing people's announcements when they make them, so the speaker knows the communication has been received successfully, and everyone on the team is on the same page.  That's really important, especially in a hard situation like that.  But even in ordinary situations.  Like when the surgeons ask for the table to be lowered, we should demonstrate that we're paying attention by answering either 'Table going down," or 'Standby, please, for table down' if we need a second to move stuff out of the way. Closed-loop communication should happen everywhere, not just cardiac cases."
"Gotcha."
"The other thing is that I was trained to have my drugs drawn up, ready to go, and if possible, hooked up, in line, in case of acute need during a situation like the one we just had.  There's no reason not to be prepared like that, especially if as you said this particular procedure is something you haven't done on your own before."
"I know, I guess I just get nervous they'll accidentally get injected."
"I can understand that, but that's what stopcocks are for.  It's worse to lose precious seconds fumbling for syringes while a patient's crumping."
"Ok."
"But the communication is the main thing.  We can't afford to lose crucial moments or data.  I'm guilty too - I gave a small dose of esmolol during a busy moment but just made a note of it without verbally announcing it, whereas I should have said, 'thirty of esmolol going in now.'  So I think we need to make a group effort on the team communication thing."
He didn't get defensive and he certainly wasn't indifferent; in fact, I know already from working with him before that he cares very much about doing the right thing for his patients.  Yet I didn't expect the conversation to go as smoothly as it did. I expected it to be much more uncomfortable, but it went surprisingly well.  Was it because he was receptive and cared about the clinical work as much as I did? Because I avoided getting upset and putting a lot of attitude in my tone of voice?  Because we sat face to face and tried to listen to each other?
It's tough being the new one, the "young" one, the female one, and have to engage in touchy conversations with older male clinicians who've been at this job much longer but with (as this guy describes it) less rigorous training.  I was expecting more awkwardness.  It was a testament to this man's maturity and good professional intentions that he was willing to hear my criticism and agree to work on specific things that would ultimately help the whole team function better.
After that I went to the colleague I was helping originally to ask if there was some way I could have been of better use to him - to take some of my own medicine - but he refused to be critical.  I know I could have been more efficient, less clumsy, anticipated his needs better, but all he would say was, "No, you helped a lot."
Oh well.  I wish my colleague had given me more feedback. I know there was plenty of room for improvement in my own team participation.  I guess I'll just have to keep practicing and trying to learn from each day as it comes.
Posted by T. at 6:09 PM

Kirti, you're too kind. I don't know...sometimes I wish I could just interact with people through writing rather than speaking, without losing the human contact somehow. I think the writing part of my brain is a much more comfortable place than the speaking part!

What's interesting to me are the different gifts men and women bring to the fore when they take charge of something. If we could take the absolute best both had to offer and emulate those things, I think group dynamics everywhere would totally benefit! :)

I think you are being too hard on yourself. Obviously in situations like that you expect certain things and you expect that people will do their jobs. When they don't then it can be detrimental for the patient. I agree that communication is essential and too often we don't communicate as we should. It is also being the new kid on the block. Everybody has to get used to how you practice and what your skills are. They have to test you.

T., I especially liked your reply to the clinician's "I realize I was bad and won't do it again" response to turning the machine off. You encouraged mindfulness and participation rather than instilling a fearful shut-down posture in him going forward.

That is a really nice job seizing upon a very subtle and elusive learning opportunity -- growth opportunity, really -- that managers/leaders tend to devalue and/or miss out on all the time.