Should I or Shouldn't I? 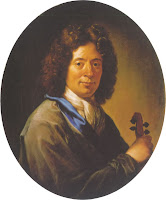 I can't believe just two weeks ago when I first joined, I just sat and stared at the score when the conductor plunked a Corelli concerto down in front of me, but tonight I was actually playing along, with far fewer sit-outs than in that first week or the week after. I was a little annoyed that my favorite reed was beginning to deteriorate. I'm still not at the point of being able to play consistently no matter which reed I use, and it sounds like such a lame excuse when you start to complain about your reed...

Last week, after I played an A and one of the violinists used it to tune, I joked that I could get up and go home, having achieved a life-long dream. This week I got to do it for the whole group because the principal oboist is away on vacation. Little ol' me! Can you believe it? I'm sure we were a little flat, but hey, at least we would all be a little flat together! 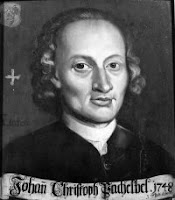 Now the question is, given my horror of performing, should I join the group when they do the Corelli, the Pavane, the Pachelbel Canon, and a Mozart piece for a concert in mid-December? Kyoko thinks I should hunker down, practice like mad for a month, and go for it. Despite my self-doubt, I kinda want to! The only problem is I'm on call almost every other day this month...This feels so different from the dread of a piano recital. I'm actually a little excited at the thought of a concert. I guess I just really enjoy a) playing the oboe and b) playing with other people. Plus, since by our own admission we in the group would only be too happy to attain even a shred of mediocrity, there's no pressure - we can all be mediocre together! (Actually, not everyone's technically a beginner...we have a very accomplished flutist who taught herself how to play the violin, so she's a "beginner" violinist but lovely on flute!) Hmmm...Something to think about...
Posted by T. at 11:52 PM

Complaining about reeds? Well, you are officially an oboist. Welcome! :)

What a great opportunity to play on that concert! There will always be busy times in our lives, but if we wait for a free month in our schedules, too many wonderful things would pass us by. (I know, I tend to state the obvious!) Good luck!

Go for it! It's amazing to play with a group when you're all really there in that concert way. And enjoy :)

GO FOR IT! I think its wonderful that you're already playing with a group after just a few lessons. You are obviously naturally gifted musically, and since you enjoy it so much, I'd say, forget your fears and go for it! Wish I could be there to hear you! Love, Mom

Thanks, Mom! You're so cute!

No more excuses. You need to play in this concert. Enough. :)

Great to see the Oboe lessons have been going so well. Definitely keep going!

Ed, I just knew there was a reason we asked you to be godfather. You keep us in line!

Nice to hear from the hallowed halls of academe...