One of the Ones That Stay With You 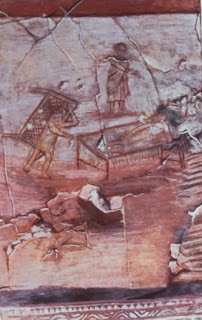 "You're thinking of putting an epidural in a quadriplegic? Whatever for? It's not like he'll feel any pain."
I looked up from the chart in front of me. I had forgotten that the idea might be foreign to a non-anesthesiologist.
"Oh, it's not because of pain," I explained. "It's because I don't want him to have autonomic dysreflexia."
"Never heard of it," the preop nurse replied. "Will you explain it to me?"
At the time of this conversaton I'm scheduled to provide anesthesia for a man only slightly younger than I who broke his neck in an accident years ago.
For a patient with a spinal cord injury, I prepare for the worst. There are all sorts of challenges - maintaining a good airway and adequate oxygenation and ventilation; moving and positioning; and last but not least, the dreaded phenomenon of autonomic dysreflexia, in which surgical stimulation can produce out-of-control blood pressures and cardiac disturbances that can be life-threatening.
Options for prevention include trying to place an epidural or having the patient be under really, really deep - deeper-than-usual - anesthesia. I opt for the latter in the end, when the day of surgery actually arrives and I've had a chance to talk to surgeon, patient, and family. Though I am a little tense during the procedure, anticipating with each blood-pressure reading that it will be sky-high and I'll have to administer a blood-vessel-dilating drug from my pre-prepared arsenal of syringes and drips, everything goes just fine.
Such a patient can be medically challenging; but there are emotional challenges too, especially when the patient is so young. I think of all the experiences he has lost, that he must long for. I think of how unfair it must seem to see me walking toward him on my imperfect yet fully functional legs, breathing on my own, able to write in the chart, hold a phone receiver, hug my family. When I touch him to connect physically while speaking to him from the top of the bed as I wheel it into the O.R., I touch his head rather than his shoulder, because I know he can't feel my reassurance otherwise...and then I wonder if touch is reassuring or not for him. He doesn't seem to mind.
He is a pleasant-looking man with a nice demeanor, and if he had not been injured I can tell he would probably have had an athletic physique. In other words, a regular, healthy life. When we shift the blankets over his body I notice how thin he is, how atrophied his muscles, how stiff his limbs. He has a ventilator to help him breathe, but he has trouble breathing when he lies flat, so we raise his head. I don't want this man to have any discomfort.
The procedure is brief, and he does well. When I leave the hospital for the day he is smiling and talking with his family and his nurse. I admire his courage, feel a little shame at what I tend to take for granted, and am sad for what he has lost. The thought haunts me: he'll never be able to move. Maybe there are those who would be offended by this sadness, who don't want to hear me express it or don't think I should even have it. Americans seem to recoil with horror and resentment from anything that smacks of pity, whereas Filipinos see it as a virtue and a loving sentiment, synonymous with compassion. It doesn't matter how the sentiment is judged: I am sad. I won't forget him.
_________________________________________________
Illustration: a painting found in 1921 on a wall of the baptismal chamber of the house-church at Dura-Europos, on the Euphrates River in modern Syria. Dating c. 235, it is the oldest known representation of Jesus and depicts him healing a paralyzed man and and telling the man to rise, pick up his mat, and go home.
Posted by T. at 6:56 PM