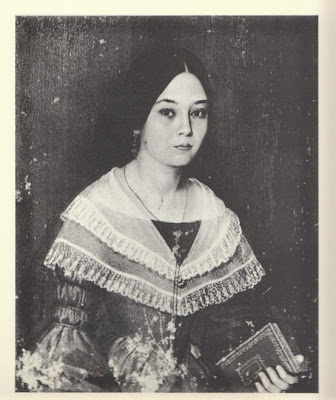 [Photo: my great-great-great grandmother, who gave birth to my great-great-grandfather in 1853.]
boondocks \ˈbün-ˌdäks\ Etymology: Tagalog (bundok = mountain); 1) rough country filled with dense brush 2) a rural area: "sticks"
"The term boondocks refers to a remote, usually brushy area, or to a remote city or town that is considered unsophisticated. The expression was introduced into English by American military personnel serving in the Philippines during the early years of the 20th century." (Wikipedia)
Tomorrow is Independence Day in the Philippines, but I don't feel entirely right celebrating our independence on June 12.
The Philippines made a Declaration of Independence from Spain on June 12, 1898, after almost 400 years of colonial rule. 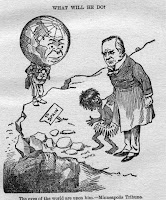 But with the Treaty of Paris signed on December 10, 1898, ending the Spanish-American War, the Americans forked over $20 million and Spain ceded the Philippines to the U.S. along with Puerto Rico and Guam.
I'm impressed by the forward-thinking remarks of Republican Senator George Frisby Hoar of Massachusetts, who said, "This Treaty will make us a vulgar, commonplace empire, controlling subject races and vassal states, in which one class must forever rule and other classes must forever obey."
Mark Twain wrote this in the New York Herald, October 15, 1900:

"I have read carefully the Treaty of Paris, and I have seen that we do not intend to free, but to subjugate the people of the Philippines. We have gone there to conquer, not to redeem. It should, it seems to me, be our pleasure and duty to make those people free, and let them deal with their own domestic questions in their own way. And so I am an anti-imperialist. I am opposed to having the eagle put its talons in any other land."

After a bloody Philippine-American War during which American soldiers were reportedly ordered to kill all Filipinos over the age of 10 and in which there were up to a milllion civilian casualties in a country with a population of 7 million; a period of "tutelage" as an American territory, then as a commonwealth; and occupation by the Japanese during World War II, during which Americans and Filipinos fought against a common aggressor, the United States finally recognized Philippine independence on July 4, 1946. 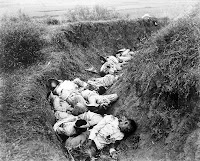 Americans probably spent a lot of time hiding in the bundok during the Spanish-American War, the Philippine-American War, and World War II. The last generation to have such close contact with our culture is disappearing. My current impression of American knowledge of the Philippines is that most people here mistakenly lump us together with other Asian cultures when we are actually more hispanic. The Spanish language has almost completely fallen out of use, sadly, with my generation, but Spanish was my first language. My parents spoke it at home. They use it conversationally with many of their friends. One can find recipe notes and personal diaries from my grandparents' and great-grandparents' generation written in Spanish.
We have Americans to thank for the gift of the English language, which is still the language of business and the professions. But it, too, is in decline, thanks to a misplaced sense of nationalism that has failed to motivate the preservation of some of the more positive aspects of a sometimes dark and bloody history.
I have not been abused by a Spanish cleric or mocked by an American racist imperialist, so I have the psychological luxury of being free to enjoy this rich heritage. I can close my eyes in the middle of a plaza in front of one of our colonial churches, hear the sounds, smell the aromas, and feel at home with them:
...a Spanish priest entering the rectory, saying to someone "Si, a la izquierda por favor, gracias..."
...a street vendor chanting, "Bili na, bili na mam..."
...the aroma of churros con chocolate wafting over from a nearby cafe...
...a radio playing an American pop song: "All I wanna do / is have some fun..."
...the crackle of our version of spring rolls, lumpia, frying in a pan...
...murmurs of the Lord's Prayer audible from the Mass inside the church: Ama namin, sumasalangit ka...
...the loud honks of backed-up traffic
...the smell of smog and the occasional whiff of urine from a street puddle
...spoken English mixed with Chinese mixed with Tagalog coming from various passersby... 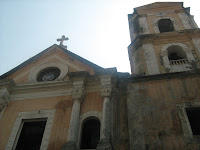 When I open my eyes, for a moment I can almost see the ghosts of centuries past. My great-grandmother selling ensaymadas on the church steps to earn a living for her seventeen children...an American soldier with a Hershey bar meeting up with my ten-year-old mother as she and her relatives emerged from a trek through the bottom of a ravine while the screams of people being massacred above were still echoing in their minds...men and women dancing folk dances from Spain and Mexico with a decidedly Philippine touch...veiled women in church, then at home jotting down recipes in Spanish, dishes with names like guiso de carne de puerco con camarones and sopa de arroz...then later, diaries and letters in English...strong women, women doctors and lawyers, professors and senators, for decades more numerous than their American counterparts...a great legacy!
Each Independence Day I am glad to celebrate my country's freedom, but I also celebrate its rich and colorful history - our collective memories, good and bad, which have made us who we are today.
Posted by T. at 5:27 PM

I kid you not T. Michael just told me about this post, and I have spent the last hour writing a post about the very same thing!!!!

I'll put an unedited version of it on line right now.

WOW indeed! I love it!

Gosh, I'm so sorry I haven't visited in a while! (You prob know how it is...)
Thank you for a little education about your country. I had no idea! And by the way, I am in LOVE with your GGGGrandmother's picture! What a beauty and a reader too...=)

K. - no worries! I TOTALLY know how it is. I am constantly playing catch up with all the blogs I love!

This picture fascinates me too. I want to know what she's reading! (And thinking!)

Wow T! This is an amazing post. First I see where you get your looks. What a beauty your great great great grandmother was! And this post with it's mixture of history, emotion, imagery, and food. Well, you got it all. But it makes me sad that I knew so little of the Philippine's history. Thank you for teaching me.

Oh my gosh, Anali, you are too kind! But thank you.

I am intrigued by her...after a long line of male T's - T the original, T II, T III, T IV, and T V, I appeared and broke the chain of sons. I feel a kind of curiosity about the woman at the start of the "chain!"

Don't feel sad - we haven't been in the limelight much, except when democracy got restored after the Marcos regime (see here for an amazing first few minutes of welcome by Congress for our first woman president, Corazon Aquino, wife of our beloved political hero Benigno Aquino, about whom I've written a little bit in the past: http://www.youtube.com/watch?v=WX9ysynaIq0)