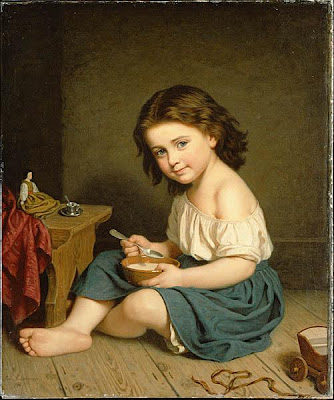 This morning I woke up to sunlight spilling around the edges of the window shade, the distant sound of birds in the trees, and..."Anesthesia stat to ICU! Anesthesia stat to ICU!" on the overhead paging system.
I lifted my head with a start and looked at the clock. Six minutes past the end of my 24-hour shift. *Insert mental expletive here.* I still felt a little groggy from our midnight C-section hours ago, after a full day of O.R. cases and labor epidurals yesterday. I threw on my shoes and scrub jacket and ran to the ICU.
There was already a crowd of nurses and residents there. A cardiologist and two hospitalists were there as well but only one of them ended up staying. I got the story in bits and pieces from various people - the patient had been throwing up greenish-brownish, coffee-ground textured stuff and the oxygen saturation was (of course) low. After being brought to the ICU from a regular room the patient continued to throw up the stuff. The heart rhythm was abnormal, heart rate was high, and blood pressure was low. I got to my usual spot at the head of the bed, glanced down, and through all the wires, mask ventilator, and other paraphernalia recognized a patient I had just seen the previous night, to do a preoperative evaluation.
One of the memorable lessons that I took away from spending time in a medical simulator was this: one of the most common group errors at a code was to fail to designate a code leader, or "event manager." During the analysis of this tendency, we participants found that people were often hesitant to volunteer, either because of lack of experience or knowledge or because they were afraid to appear cocky, and people were also hesitant to nominate others. When we were prodded to express and explore these feelings, however, it became clear that we would all have felt relieved to have someone volunteer to take the helm; arrogance was the last thing we would have criticized a volunteer for at a moment like that. It was also clear that the person running the code, ideally, had to be someone who was not involved in performing a resuscitation task, like intubation or I.V. access - someone who could survey the whole scene, take in a lot of information, relay communication, and direct people's efforts efficiently.
I have a mental mnemonic for what I think a code leader needs to do. (Speaking of mental expletives, if you're easily offended, don't look at the mnemonic too carefully...)
-Own it. Step up to the plate, or agree to be volunteered to do so, or gracefully but quickly say, "I would prefer that you designate so-and-so to manage the event." The person who takes ownership of the manager's role has to do so unambiguously and expeditiously.
-See things. Stand in a position where all monitors and activity are visible, notice changes in vital signs or clinical status, pay FULL ATTENTION to all the action at hand, and communicate observations.
-Hear things. Listen, and HEAR. Information from participants, alarms from the monitors, and any other pertinent sounds.
-Integrate. All the input has to be processed quickly, judgments made, and action taken. Stat. Don't be afraid to use help or resources around you. Ask for differential diagnoses, suggestions, or reminders if you blank out. But however you do it, GET the info, put it together, then DO something.
-Talk. Tell people what you know, what you're thinking, what the next step should be, what's needed, where to go, what to do. Quickly. This is not the time for social niceties. They're called orders for a reason.

So when I got to my spot at the head of the bed, I said, "I want suction and a free-flowing I.V. I need a Mac 3 blade and a Mac 4 ready, an 8.0 ET tube with stylet, and drugs drawn up." I gave a short list of the drugs I wanted and how many cc's of each. "And I need one of you," I said, pointing my finger at a couple of individuals whose "rank" or "position" I won't specify, "you or you, to run this. It's better if it's someone who's not managing the airway or getting stuff. Who's it going to be?"
The people I pointed to and many others in the room could be assumed to have had training in advanced cardiac life support (ACLS). One of those people took the job.
I did a rapid-sequence intubation and got a large breathing tube in. The nurses and respiratory therapists who assisted me with the actual intubation were totally stellar. But as I kept watching the monitors, I noticed the heart rhythm was beginning to do sketchier things. My code leader wasn't saying anything. Did he even notice? The blood pressure was dropping again too. Hellooo?! What was my code leader doing?
"I want someone to go mix up a phenylephrine drip now and hang it," I said loudly. "Who's going to get that?" A nurse gave me a verbal affirmation and went to get the drug.
"Someone should get started on an arterial line and another I.V." I turned to the code leader, who was staring blankly at me. "Don't you agree?" I said to him.
We secured the airway, and once the vital signs had improved I went to write a note in the chart. One of my colleagues - the person on call for today - arrived, and we had to help the code leader read the x-ray confirming placement of the breathing tube and explain why we chose the drugs we did.
After all that I spent a little time venting to my colleague, a very experienced anesthesiologist whose skill and judgment I hold up for myself as a model. I was upset that even after designating an event manager, I still ended up essentially having to run the code (or near-code) myself, when I was already engaged doing a crucial task that demanded all my attention and energy. What are you supposed to do when other supposedly-qualified people around you are rusty, nervous, un-assertive, out-to-lunch, or unwilling to admit they're not so comfortable in the assigned role after all, and you're in a public crisis that's unraveling right then and there? I guess you're stuck trying to manage the event AND do the required resuscitation tasks. But having one clinician fulfill both or multiple roles is less efficient and potentially less effective than dividing the labor in an organized way. It's possible to do things the first way, and not necessarily harmful, and in fact it happens frequently, but it's really not ideal.
Needless to say, driving home to oboe-laden strains of Ravel's Tombeau de Couperin on the radio was like cool water on a hot day. And the clear, blue sky and sunny, breezy weather we had as we congregated at the neighborhood baseball field to enjoy our town's Memorial Day parade was truly healing.
I always well up a little during military rituals of remembrance. Our baseball field is right across the street from our town cemetery, so when those marching in the parade arrived - little flocks of Brownies and adolescents in school bands side by side with veterans who had seen a lot of years, lived through a lot of stories - they stopped in at the cemetery for a brief memorial ceremony. Thanks to Dr. Wes for this link to moving tributes to individuals who have served this country in the name of peace and freedom.
I'm still on call, but today it's beeper call from home. Hope I can just spend the day enjoying this weather and a barbecue and the comforting company of my family. I'm tired. I just wanna go back to sleep. 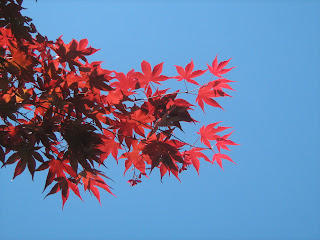 Perhaps this individual felt you were already taking charge, so they balked. I know that anesthesia has always made me feel more comfortable in a code because they always seemed to know what drugs to use - since they use them so often.

This is one of the reasons that anesthesia appeals to me. Strong work.

Thanks, Rag. Congrats on the match, by the way - hope you are enjoying the pre-residency period and that you have many great experiences in the months and years to come!

Hey,
I'm an Anesthesiology resident and reading your post on the ICU really hits home.

Unfortunately, many of our medicine collegues are more comfortable writing orders than doing things. This causes them to be pensive in a time where action is needed.

I have too many times had to run a code from the head of the bed. I also usually get the job of placing lines as well. However, it does come with the territory. So I guess I have just come to accept that on most codes I have to wear two hats.