Commotion of the Heart 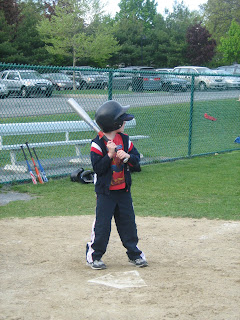 What does an anesthesiologist baseball-mom think about at her son's first baseball game?
After the hit, after screaming "Go, go, go!" as his little legs carry him by to first base; or when he's waiting to run to the next base; or when the other team's up and he's the little angel in the outfield, waiting for a ball to come his way?
This anesthesiologist baseball-mom, despite the rare occurrence of such disasters, could not help thinking of commotio cordis. Don't get me wrong - I had a blast cheering my little guy on - but that lurking thought did creep around the back of my mind once or twice: what if he takes a ball to the chest at just the wrong moment?
I can usually maintain my composure during acute situations at work, but when it comes to my kids, I can be as much of a worry-wart as any other mom out there. I try not to be too irrational, of course. I try to keep passing thoughts of possible doom from taking away our enjoyment of life's normal little milestones and adventures. My daughter enjoys roller coasters? Have a good time, I tell her as she boards the scariest one in the park. My son enjoys rough-housing with the neighborhood guys (with my husband watching over them)? I cringe inwardly, but I smile and carry on. I even survived my daughter's first trip away from home without us, to go to an ecological campus on a school trip with the rest of her class. And I had a great time at today's baseball game, despite the ice-cold wind. But I'll admit it: the worry-thought crossed my mind. A couple of times.
Commotio cordis is rare - sudden death from cardiac arrest due to blunt force trauma to the chest. Most cases from the United States commotio cordis registry several years ago occurred in Little League baseball, softball, or lacrosse, though soccer, ice hockey, martial arts, polo, boxing, fencing, cricket, and rugby carry the risk as well. The scary part is that the impact doesn't have to be that forceful; it just has to happen at just the right millisecond during the cardiac cycle, "at an electrically vulnerable phase of ventricular excitability," to cause a fatal rhythm abnormality. Timing and rhythm - musicians take note! - are far more important than the strength of the blow. The mechanical properties of children's thoracic cages render them particularly vulnerable, but chest protectors are basically useless, as far as I understand, because the issue is in fact timing rather than force. Finally, there is a dismally low "rate of rescue" for commotio cordis. 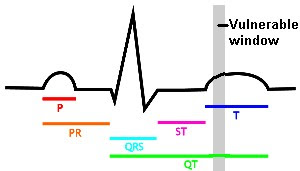 I've heard the wisdom of the ages already, countless times: no amount of worry about something can prevent its occurrence, so we might as well let the worry go, appreciate each moment fully, and hope all will be well. I agree. That's all true. But I also think a parent's worry is a pretty natural, normal emotion, and instead of denying that it sometimes occurs, or criticizing those who express it, we should find ways to transform that commotion, that swirling of loving concern in the heart, into something fruitful - perhaps by rejoicing in each little victory, like crossing over home plate, or being fully present to the moment as we hug our little ones in our arms. 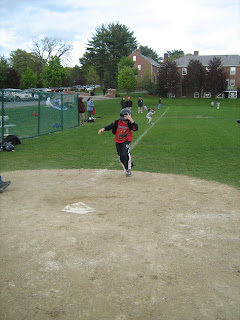 I'm a former pedi OR nurse and did mostly ENT. After all those emergency airways, I still think my 9 year old is going to choke. It's totally irrational, but I don't think I'll ever get over that fear...I've seen the worst too many times.

I know what you mean, Katy. It's just different when it comes to our own kids, I guess! Thanks for coming by.