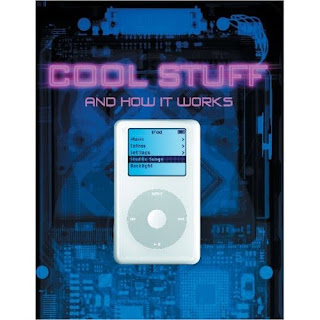 My children's birthdays are occasions of profound happiness for me.  Today my son turns nine - his last year in the single digits.
This is one of those ages that makes me wistful, that tugs at some primal chordae tendinae, making them vibrate with joy and melancholy all at once. 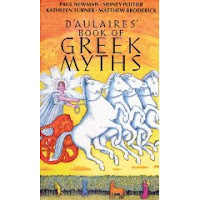 I was about this age when I first arrived in the United States.  I remember it as a time of discovery and wonder.  I watched 3-2-1 Contact, played with a leathery-smelling old basketball in our front yard, read novels by E.L. Konigsburg, Louise Fitzhugh, Madeleine L'Engle, and Katherine Paterson, and marveled at the way the seasons changed.

My son loves books too, as I did at that age.  He can spend hours absorbed in books like D'Aulaires' Book of Greek Myths (in fact, we gave him their volume of Norse myths as a birthday present today, along with a book entitled Cool Stuff and How It Works). He dreams of being an astronomer but has also entertained the idea of being a zookeeper.  He has a healthy love of fantasy but has voiced some opinions about the workings of the real world as well. Already he sounds  a little more worldly in his own cerebral way, a little less magical in his thinking.  He has managed to maintain a very sweet kind of innocence for years, but I expect him to lose more and more of that in the coming year.  I am awed but also a little sad.
Because I had already found out the biological facts of life at a much earlier age (by accident, at a book store), I was able to prolong that idyllic childhood time, in a way, without an abrupt transition from "not knowing" to "knowing."  It was a done deal; I knew already; I could just enjoy the rest.  With him, though, I can see that the "loss of innocence" talks will occur as discrete events - much like his learning to crawl, and walk, and speak.
The birds and the bees are already hovering.
"What's menopause?" he asked me the other day after hearing the word on television.
"Do you know what periods are?"  I asked.
"No," he said.
"Well, let me explain that first, then I can tell you about menopause."
"All right, I'm outta here," my daughter said, picking up the laptop and leaving the room. This is old hat for her.
I pulled out a sheet of paper and drew a rudimentary uterus on it.  I explained that when babies grow inside their mothers, they're not just floating around in the abdomen; they grow in a special place meant just for them.  I drew fallopian tubes and ovaries - a little too large, not really to scale.
"It looks like a moose," my son observed.  He was right; my fimbriae, tubes, and uterus indeed looked rather moose-like. 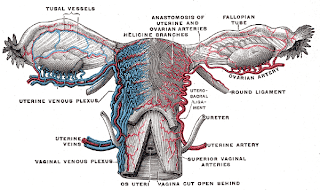 I explained about the ovum's journey and the monthly thickening of the uterine lining, and about how it was passed out of the body if the egg wasn't supposed to wind up growing into a baby inside the uterus.  Soon my husband and I will have to sit down with him to explain Part Two (what happens when the ovum does nestle into the uterine lining to develop into an infant, and how that comes to pass).
Herein lies the bittersweetness of this age for me.  At some point we have to let go of the simplicity and innocence of that world in which the arrival and growth of a baby are accepted as blessings without biological mechanisms.  Our son will grow in knowledge and expand his ideas, and that is only right.  But oh, that trusting look of a child who needn't know too much just yet - whose questions are completely without guile or cynicism, and who is just as content to find answers in stories as in facts - that look will be gone.
I don't want it to come too fast, but the time is upon us.  And we do celebrate it:  his wisdom advancing.
Posted by T. at 6:00 AM

I must have spent most of my childhood reading and re-reading "From the Mixed-Up Files of Mrs. Basil E. Frankweiler" and "D'Aulaires' Book of Greek Myths."

Happy Birthday to your son! Those nine years of innocent magical childhood bliss will loom large during his adulthood.

We love D'Aulaires' books here at my home as well.
I can sympathize with you on this topic. My little girl is 9 as well. We've already had the "talk"...after the first few minutes she didn't want to know anymore. That was interesting to say the least. Now she's slowly getting rid of all her toys. I kept asking her, "Are you SURE you don't want this one???". I think it was harder for me to part with her toys than it was for her.

I totally did not know that the D'Aulaires' had a book of Norse Myths!! I have most of their books... well, maybe not! We use them in our homeschool. This is definitely going on my list of books to get!!

I'm glad you visited my blog... I also have a homeschool blog.
(http://dissidenthomeschooler.blogspot.com)
I'd love any suggestions from someone familiar with the D'Aulaires'! Their son actually commented on my blog recently. I was floored.

We are all book lovers. I'd rather just own all the good ones than to keep going to the library. I often say, we don't borrow books from the library, we rent them!! Sigh. I'm doing much better though.

Can I get you to come over and do 'that talk' with my boys?? LOL

Kimber - thanks so much for stopping by! I found you through Dalilah. Love your main blog and am looking forward to checking out your homeschool blog.

That's amazing about the D'Aulaires' son! I spent many a happy childhood afternoon reading and rereading the Greek myths book. I had no idea about the Norse ones either until I happened to see it on Amazon. My boy devoured that one in just a couple of days and loved it. I had no idea the world was uncovered by a giant ice cow that licked the frost off it. My son explained to me that that signified the end of the Ice Age. Who knew? I realized I am so unfamiliar with the Norse pantheon and mythology!

I am happiest when surrounded by great books. Always happy to find other book lovers out there! ("A room without books is like a body without a soul." - Cicero. Another one of my favorite book quotes is by Erasmus: "When I have a little money I buy books; if any is left I buy food and clothes." So true...)

I also love that your daughter grabbed the laptop and ran. Hilarious!!

Like you, I gave a biology lesson as a part of this discussion. I like to think that our children are lucky to get the actual "anatomy" and not just the "gross"!!

Katy - those are the perks of being in our professions! :)